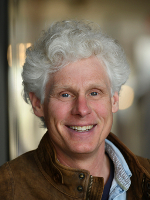 John Rosengren is the author of the new book Classic Baseball: Timeless Tales, Immortal Moments. His other books include The Fight of Their Lives, and his work has appeared in a variety of publications, including The Atlantic and The New Yorker. He lives in Minneapolis, Minnesota.

Q: What inspired you to compile this collection about baseball?

A: I’ve been writing about baseball for a long time and realized I had a body of work in all of the articles I had written that could be collected into a book. I figured this was a way for me to reach a wider audience. The articles are rooted in my love of the game as a player, umpire, coach, journalist, but most of all as a fan.

Q: How did you choose the essays and stories to include?

A: I selected my best work. You could call this an All-Star collection. I also tried to find balance over eras, regions, teams, and personalities.

Q: What do you think about baseball's future, especially given the recent lockout?

A: My love for the game remains constant. I would like to see more efforts to beat the shift–bunting and hitting to the opposite field–less emphasis on winning with the long ball. But overall I continue to find excitement in the repeated drama of the pitcher-batter duel.

I also like to see the storylines that develop with each season. And the characters that populate them. 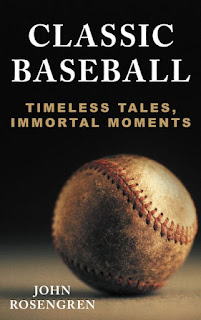 Sadly, though, I believe the game is losing its foothold with the younger generation. I think baseball will continue to struggle for an audience as a result.

Q: The writer James S. Hirsch said of the book, “John Rosengren finds both the quiet heroism and the quirky theatrics--and always the humanity--in his cast of baseball greats, near-greats, and guys who just love the game.” What do you think of that description?

A: What do I think? That Jim Hirsch is a perspicacious reader, obviously. Seriously, I am grateful for Jim's generosity in those words. It is true that what I find most delightful and engaging about baseball is not the statistical analysis but the human element at play–and so I am drawn to write about that first.

A: I am working on the reissue of my book about the 1973 baseball season in time for its 50th anniversary. Last week, I finished two longform narrative articles, one for The Washington Post Magazine, the other for GQ.

I’m also working on another article about one of the subjects in Classic Baseball, Dr. Fan, whom I originally wrote about for The New Yorker when he was in pursuit of watching Alex Rodriguez notch his 3,000th hit. This past week, Dr. Fan witnessed Miguel Cabrera hit his 3,000th.

A: There were originally 29 stories in the book, which I thought was perfect because my favorite player when I was growing up, Rod Carew, wore No. 29. But we had to cut one of the stories for political reasons I won’t get into, so now there are only 28, which was Bert Blyleven’s number–and he’s in one of the stories, along with Rod Carew.