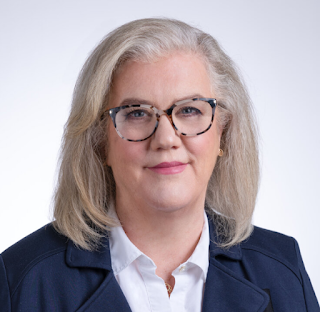 Elizabeth Letts is the author of the new book The Ride of Her Life: The True Story of a Woman, Her Horse, and Their Last-Chance Journey Across America. It tells the story of Annie Wilkins, who rode her horse across the United States in the 1950s. Letts' other books include The Eighty-Dollar Champion. She lives in Southern California.

Q: How did you learn about Annie Wilkins's journey, and what inspired you to write this book about her?

A: I first read about Annie a long time ago when I was doing research for The Eighty-Dollar Champion. Of all of the characters I’ve written about, I think she may be my favorite.

She is such an ordinary person— she could be any of us, if any of us had the guts. She is female, late middle-aged, and working class. She’s not very educated, a bit on the plump side, and plain. She comes from a long line of people who  worked hard all their lives without ever having much to show for it.

If she were in a movie, she’d have a bit part— she’s a character actress. There is nothing about her that suggests that she’d be the star. Yet there is something so essential about Annie that I think everyone will recognize themselves in her— she’s a person who is simply not going to let other people’s expectations define her life.

Nonfiction books are full of larger-than-life heroes—often men—adventurers, polar explorers, warriors, spies—but what takes more courage that defying everyone’s expectations and deciding that you are the author of your own life story? To me that is the most courageous act of all. 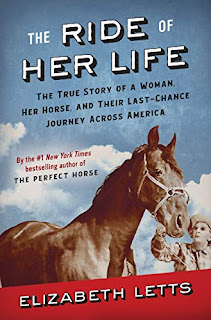 A: To research this book, I had to go out and see the America that Annie saw as she traversed the country between 1954-1956. The critical difference between then and now is our massive interstate highway system. To find the route that she took, I had to navigate using vintage 1950s gas station maps.

The roads she’s traveled are still there— and you can see a lot of old buildings, diners and filling stations, motor courts and L-shaped motels—if you know where to look.

I was endlessly surprised while writing this book. We all know how vast and beautiful our country is, how varied the terrain, the deserts, the mountains, the endless plains, but there is no way to fully understand that when you travel from place to place by airplane, or even when you zip along on the interstates.

I didn’t ride a horse across the country, but I discovered how much bigger it seems when you avoid the interstates. I also realized how many once-thriving towns feel like backwaters now just because of the quirks of how the interstates were routed.

I already knew a good bit about the impact of the railroads, but oddly enough, I’d never fully understood how much our country was changed by the interstates— Annie had a bird’s-eye view for that process.

Q: The Kirkus Review of the book says, "As Letts delves into the postwar prosperity that transformed the U.S. into a land of cars and endless highways, she celebrates the dying tradition of the 'American tramp or hobo' that Wilkins, the self-christened 'Last of the Saddle Tramps,' represented." What do you think of that description?

A: I grew up listening to my dad play guitar and sing folk songs— there is such a deep American tradition of books, stories, and songs of the road, but I was fascinated to learn that in the 1950s, homelessness and tramping were at an all-time low.

And because of this, I do think that Annie was a figure of nostalgia for a lot of people. She represented a tramping tradition that had once been familiar, but in the 1950s was starting to disappear.

Of course, she wasn’t a typical tramp— because she was a woman. But Annie believed that there was honor in tramping because she did not set off hoping to ask for charity, but she planned to work odd jobs as she went along.

I was absolutely fascinated by the recent Academy Award winner Nomadland. The character played by Frances McDormand reminded me so much of Annie— Annie rode a horse through a world that was increasingly dedicated to cars, and in Nomadland, you see the same spirit emerging, but this time, they’re in campers and cars.

A: A reviewer in the New York Journal of Books wrote: Annie begins as Everywoman, riding right into her own destiny, who lives on hope and common sense, who believes in the goodness and generosity of human nature, and most importantly, who never gives up. She embodies what Americans think of themselves when they extend themselves to a stranger; she models what we’d all like to believe we are, especially when faced with old age and sickness and the end of our lives: courageous, resourceful, determined, and optimistic. “Hope is an endless well that never runs dry.”

We writers don’t always like reviews— but to me, this expresses exactly what I hope people will feel— the last thing I want is for people to think that the book represents a world that is gone. I still believe in the America that Annie found. I hope that Annie reminds us that we are all neighbors and that we have a duty to each other.

A: My next book is a novel— don’t want to say too much about it yet—but I can say that a horse will play an important role in the story.

A: The Ride of Her Life comes out June 1, and you can find information about my virtual tour on my website, www.elizabethletts.com.