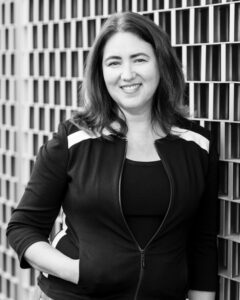 Kat Spears is the author of the new young adult novel The Tragedy of Dane Riley. Her other books include Sway. She lives in Richmond, Virginia.

Q: What inspired you to write The Tragedy of Dane Riley, and how did you create your character Dane?

A: I don't really remember why I started writing The Tragedy of Dane Riley, but at a certain point I sat back to read an early partial draft and realized I had all of the elements of Hamlet in the set up for the story.

That inspired me to return to Hamlet as a reader and then to spend months reading dozens of books and essays critiquing Shakespeare's Hamlet and exploring the history of the earlier versions of the play. It was a great process for inspiration and I had never read Shakespeare with such depth and clarity before.

One thing that has baffled literary critics over the ages is why the Prince of Denmark spends so much time performing soliloquies instead of actually getting down to the business of avenging his father's death.

You will note that Dane has an extensive inner monologue and that is not accidental. I really love exploring themes that are universal and timeless and "to be, or not to be," I thought, was a good one to tackle.

But writing a character who is an actual prince of Denmark named Hamlet would be a little too obvious so I thought for a long while about how to create the parallels in a contemporary setting.

And then, one day, when I was working behind the bar, a regular of mine sat down to chat. He's a young guy, and his name is Dane, and I thought...perfect.

And so, Dane Riley is everything that Hamlet was--young, wealthy, privileged, estranged from his mother, grieving his father's death, and questioning whether life is really worth living. The feelings and sentiments of Hamlet's soliloquies are there, but Dane is a 21st century prince.

Q: The novel includes the theme of mental health, which is an especially important topic during this ongoing pandemic. Why did you decide to focus on mental health issues in the book, and what do you hope readers take away from Dane's story?

A: I wish I could say that I had the foresight to know that a book dealing with mental health would be as timely as it is. The truth is this book took me several years to write--between three kids and two jobs I never really get much time to focus on my craft. 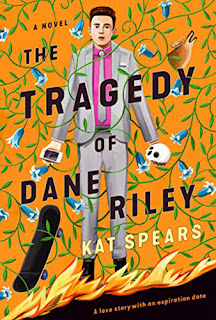 I do lament the way that young adults are often dismissed in our society instead of being valued for their ability to feel and express themselves deeply in a way that is long-forgotten by the adults who are responsible for their care. My own son once thanked me for always understanding who he is and what he is going through as a teenager.

Sadly, the pandemic has been much harder on young adults than most of us probably realize. At an age when biology is driving them to fledge the nest, take risks, and find their own community among their peers, they have been denied even the most basic human contact or, worse, have been isolated in a home where they are not accepted for who they are, or suffer mistreatment because of who they are.

From the reader's perspective, Dane Riley has it made: a nice house, a car, plenty of money and food to eat, access to health care. Yet still he is sad. And he's an outcast, or feels like one, because of it.

It's important for young people to see themselves in the books that they read and I hope one very sad teenager makes a connection with Dane. I don't like spoon feeding anything to my readers and young adults are smart enough to empathize with Dane and at the same time see how they can find the same answers Dane is seeking.

A: Well, using the real ending of Hamlet was definitely not an option. I made many changes to the story along the way.

The process is so exhausting, isn't it? I hate that feeling of having 300 pages written and realizing that chapter 23 needs to be chapter 5 and it's going to take so much work to tear everything apart and put it back together again.

In reviews, readers often remark on how much they were disappointed by a book's ending, but if they had any idea what a miracle it is that writers ever finish a book at all, I think they would be more forgiving.

One of the things that was really important to me was to turn the Ophelia character around. In my story she wasn't going to be the helpless woman who is victim to the whims of the men in her life. She's the strongest character. Everyone else is reacting to the life they are given, but she is actively working to craft her own destiny. Hopefully Dane learns something from her.

Q: On your website, you write, "Being a teenager sucked for me, and I’m still trying to write my way out of it." Can you say more about why you decided to write YA literature?

A: I started writing in earnest when I was a teenager so, at that time, all of my protagonists were teenagers. And I just never got out of that habit.

YA literature wasn't the same when I was growing up. The books were either Sweet Valley High-type series, in which I definitely couldn't see myself, or they were about young people who had no self-awareness or were not having the same lived experience that I was having. There are exceptions, of course, but you can only read the same Katherine Paterson and Richard Peck books so many times.

Most books written for young adults when I was growing up were all message-driven morality tales in which the author's motivation for writing the story was so obvious and, quite frankly, patronizing.

I abandoned books written specifically for young people by the time I was starting high school. I was definitely the only 13-year-old I knew who was reading Agatha Christie and Jane Austen and Tom Clancy and I loved Robert Louis Stevenson's books and stories.

I write the books that I wished were available to me when I was a teenager though I have yet to delve deeply into the things that impacted me as a teenager in my published books.

Perhaps, as one of my young readers suggested to me during a school visit, it is easier for me to open a vein and bleed onto the page because no one is going to associate a 17-year-old male protagonist with a middle-aged woman author. That is an insight you would only get from a young adult, by the way.

A: I've got three different manuscripts in the works. I can't decide on one and settle down to write it with any commitment.

I always liken writing to romantic relationships. When you first sit down to write a story you are giddy with love for it, can't stop thinking about it, will pass on social opportunities or procrastinate on adult responsibilities just to spend time with it.

Once you commit to a book to write it all the way through, you grow tired of it, can only see its faults, and by the time you finish writing it you can't even see what you once loved about it anymore.

I spent so much time on Dane Riley that I am hesitant to commit again so soon. So, I'm playing the field, spending time with three books that may or may not get finished.

A: Thank you so much for letting me talk about Dane Riley! Putting a book out in the world is a difficult thing emotionally and having interviews like this helps to put it all in perspective. I appreciate you.

--Interview with Deborah Kalb. Kat Spears is participating in the 2021-21 Read Local Challenge.