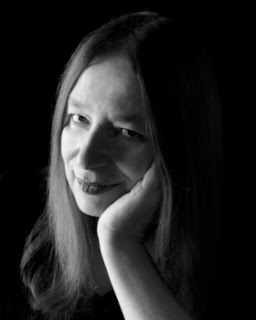 Alison Weir is the author of the new novel Katharine Parr: The Sixth Wife. It's the last in her Six Tudor Queens series about the wives of Henry VIII. The author of many novels and works of history, she lives in Surrey, England.

Q: This is the sixth in your Six Tudor Queens series--how would you compare Katharine Parr with Henry VIII's other wives?

A: It was said that Katharine was quieter than most of Henry's wives, although the same could be said for Jane Seymour. She did not display the caprices of Anne Boleyn and Katheryn Howard. She was feisty, but less mercurial than Anne, and had a forthright character, like Katherine of Aragon.

She was learned and well read, as Katharine and Anne Boleyn had been, but Katharine was the first queen - the first Englishwoman - to publish a book.

All Henry's queens were devout, and Anne, while remaining a Catholic, championed religious reform, but Katharine went further and was a secret convert to the Protestant faith.

She had to tread a dangerous path, for the law sentenced heretics to be burnt and the stake and there was a conservative crackdown on heresy at this time. More than once, Katharine sailed very close to the wind.

And she had another secret that had to be concealed from the King: she was in love with another man. Adultery in a queen was high treason. Anne Boleyn and Katheryn Howard had been beheaded for it. So Katharine had to hide her feelings. Like Henry's other queens, she knew what it was to live in fear.

Q: The Publishers Weekly review of the book says, "Weir brings her expertise of the Tudor era to bear with rich detail and historical perspective on politics and religion, and the many intelligent conversations between Katherine and Henry VIII add to the charm." What do you think of that description? 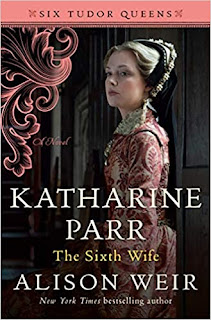 A: I'm deeply flattered! It's in the details that we sometimes get a broader picture, something of the texture of the age.

And there has to be a sense of the mindset of the period, in the context of the sweeping religious and political changes of the Tudor era. They have to be woven seamlessly into the novel, and that always poses a challenge.

At the same time, the book has to appeal to a modern readership. The use of language is key here. I'm very familiar with Tudor English (from historical sources, poems, the plays of Shakespeare, etc.), but I'm always aware that conversations based on contemporary quotes have to blend into a twenty-first-century narrative, so I find I'm making choices all the time.

When I read over the text at the end, I get a different perspective on where the language needs modifying. I really enjoy writing the conversations - they are the perfect means of conveying information, feelings, motives and opinions. Often, I base them on sixteenth-century texts.

Q: What do you think continues to fascinate people about Henry VIII and his six wives?

A: This is a story you couldn't make up! The Tudor dynasty is endlessly fascinating: a king with six wives, who had two of them executed; a 16-year-old girl, Lady Jane Grey, who was queen for nine days and lost her head for it; the religious controversies and the bloodshed of Mary I's time; and that great survivor, Elizabeth I, whose reign saw the grim romance of Mary, Queen of Scots, and the defeat of the Spanish Armada. I could go on.

But then you have the Tudors themselves, larger than life, dynamic characters. The “divorce” of Henry VIII brought the English royal marriage into public prominence at a time when literacy, printing and diplomacy were developing and spreading, and, for the first time in history, we have a detailed record of the private lives of monarchs.

We also know what they and their courtiers looked like, thanks to the portraits of masters like Hans Holbein and Hans Eworth; and we have the evocative remains of a fabulous built heritage. Go to Hampton Court and you will see something of the splendour of Henry VIII's palaces.

Yet there are tantalising gaps in our knowledge of the period, and it is these that endlessly fuel controversy and speculation - and that, perhaps above all, is what makes the Tudors so fascinating.

Q: You've written fiction and nonfiction about the Tudors--do you have a preference?

A: I've always loved doing historical research. You never know where it will take you. I'm like a dog with a rag!

I published several history books before I turned my hand to fiction, which was not as easy a transition as I had anticipated, because I had to learn a whole new craft.

For some years after that, I preferred writing history - but only by a short head. Now, I feel that I have relaxed more into writing fiction (no easy challenge for a historian) and I love writing in both genres. You learn something with every book.

I've been blessed throughout with brilliant, supportive editors, whose expertise has helped me to develop and grow as an author.

A: I've just completed Queens of the Age of Chivalry, the third history book in a quartet called England's Medieval Queens. This one covers the 14th-century queens.

I've also just finished the first in a new trilogy of historical novels commissioned by Ballantine, although I can't say what it's about as the series has yet to be announced.

A: I devise, run and lead 10-day high-end historical tours (one or two a year), usually based on my books, although they've been on hold due to the pandemic; we're aiming to run the next one in October.

I once mentored, partly wrote, and edited a rock biography, although I asked not to be credited.

For fun, I like writing ghost stories, especially to divert me on planes, as I'm a nervous flier.

My head is teeming with stories - I just don't have the time to write them all down!