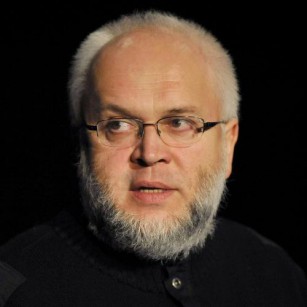 Viliam Klimacek is the author of the new novel The Hot Summer of 1968. The novel, which was translated into English by Peter Petro, focuses on the Prague Spring of 1968 and the subsequent Soviet invasion of Czechoslovakia. Klimacek is a novelist, actor, director, and playwright who has also worked as a doctor. He is based in Slovakia.

In 2007, Reverend Dušan Tóth from Toronto sought me out in Bratislava to see if I would write a play about 1968 for his Toronto Slovak Theater. I flew to Canada and had about 35 interviews with people who left Czechoslovakia after the 1968 Russian invasion.

For the first time since leaving their home country, people talked about the great trauma they experienced during emigration. A number of wonderful experiences opened up before me.

A few years later, I wrote a novel; I didn't want to leave this historical tragicomedy only in the form of a theatrical script.

Q: You write that the novel "was based on the stories of real people." How did you see the right balance between fiction and history when you wrote the book? 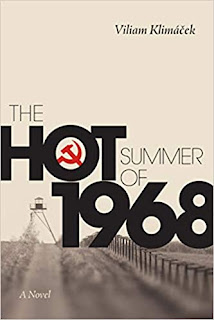 A: I was 10 years old at the time of the invasion and I lived in the town of Stará Turá. Since we were not an important place on the map, only two Russian tanks passed us, but they shot a TV transmitter on the hill above the city.

I remember the streets full of people and the inscriptions in Cyrillic lime on the sidewalk, "Idite damoj." (Go home!) When you suddenly see tanks on the streets where you learned to cycle, you never forget it.

Everything in my novel really happened, although maybe not to the same people and not at the same time.

Q: More than 50 years later, what impact do you think the summer of 1968 has on Slovakia?

A: I'm afraid no one wants to remember it anymore. People love to forget about difficult times, and the writer must remind them not to let history repeat itself.

Q: What do you hope readers will take away from the book?

A: That history is not only a tragedy, but also a tragicomedy. That when we fight for our own dignity, sometimes we do strange things. That even though we are small players in a great history, we have the chance not to get lost in history.

A: I recently wrote the novel Beat about my brother, a rock guitarist. It is a novel about freedom which, to the generation of the 70s, was a synonym for the phrase rock and roll. It is a tragicomic novel about my family that explores the many meanings of the word "beat."

A: I never considered emigrating. Czechoslovakia was surrounded by an electric fence and children who wanted to escape to countries where rock and roll was allowed were shot at the borders.

My brother emigrated to West Germany for freedom and his music and he died there. He could not withstand the pressure of the new environment and committed suicide. The communists only allowed our mother to leave and bury him in Munich; my father and I had to stay at home. I will never forget this.

--Interview with Deborah Kalb. These answers were translated into English by Peter and Dusan Toth.