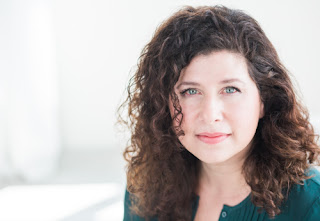 Amy Mason Doan is the author of the new novel Lady Sunshine. Her other books include the novel Summer Hours, and her work has appeared in a variety of publications, including The Oregonian and the San Francisco Chronicle. She lives in Portland, Oregon.

Q: What inspired you to write Lady Sunshine, and how did you create your character Jackie?

A: I got the idea from something that really happened. One of my favorite songs is “California Stars” by the band Wilco. It’s this really beautiful, dreamy tune that got me through a rough time when I was in my 20s and living alone in San Francisco after a bad break-up.

Wilco didn’t write the words—they’re old Woody Guthrie folk lyrics that were unrecorded when Guthrie died. They might have been lost forever. But Wilco, Billy Bragg, and Natalie Merchant got together after Guthrie’s daughter asked them to, framing the lines with their own music on the ‘90s album Mermaid Avenue.

That album fascinated me. Taking a dead person’s art and melding it with your own so it wouldn’t be lost sounded at once so daunting and so beautiful.

In my story, Jackie is 37 and seemingly staid and uncomplicated. She lives a safe, quiet life as a music teacher in Boston, she has a tidy basement apartment, one cat, a boyfriend she keeps at arm’s length. It’s all a little too safe and quiet, of course.

She comes home from work one day and learns that she’s inherited “The Sandcastle,” a sprawling California property that was once her singer uncle’s wild summer artist commune and recording studio.

She flies to California to prepare the run-down place for sale, thinking she’ll get in and out quickly. But she reluctantly extends her stay when a music producer asks to record a tribute album to her uncle on site. His entourage moves in and she’s drawn into their lives. 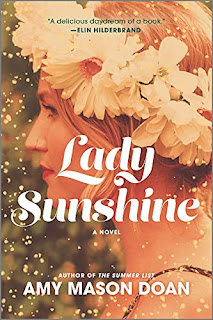 The story pivots between Jackie in 1979 and her life in 1999, as we learn what happened two decades ago and why the one summer she spent at the legendary property left its mark on her.

We realize that Jackie was once much closer to her cousin Willa than she lets on, that Jackie used to be a bold, fiery teen, that she wanted to stay at The Sandcastle forever, until Willa vanished mysteriously that August…and we learn that the song lyrics hide as many secrets as Jackie does.

Q: In our previous interview, you said, "I seem to be obsessed with stories about reckoning with the past." What appeals to you about that theme?

A: Isn’t that what we all wrestle with? Confronting our childhoods, our past heartbreaks and dreams? As a reporter for 20 years, I learned two things. One—people lie. And Two—they lie because they’re afraid. Everyone has secrets, and I love trying to understand why they keep them.

A: I was born in the ‘70s, and 1979 has always felt to me like the last gasp of a freer-spirited time before the more materialistic, jaded ‘80s. Before Reagan and MTV, the tech boom, childhoods spent indoors, on schedules.

1999 has that same feeling to me, of “the moment before.” There was so much fear about the Y2K bug, planning for blowout year-2000 parties. It felt like we were on the cusp of change. Bad or good—we didn’t know. Both years hold that “last-day-of-summer” feeling I try to capture in my books.

Q: Author Elin Hilderbrand says of the book, "It’s replete with late-70s nostalgia and Doan masterfully renders the lives of musicians and those who are drawn to them, no matter the price." What role do you see music playing in the novel?

A: Jackie and Willa first bond over their love of female singer/songwriters. (They also find some untapped talent in themselves, not to give away too much.)

Jackie loves ‘70s disco dances like The Hustle, and she worships Donna Summer and Debbie Harry. Willa loves her folky “J singers” – Joni Mitchell and Joan Armatrading and Judy Collins and Joan Baez. Their tastes are totally different, but for both of them music is pure joy.

There are also concerts in both timelines of the book that play important roles in the plot and bring the time periods to life. There’s a Blondie one in ’79 and Lilith Fair in ’99 (a show I attended). On a deeper level, the story looks at which voices get amplified and which get muted, and why.

A: I’m drafting my fourth novel for Graydon House, which will come out in 2023. It’s about a woman who’s kept her extremely unusual childhood a secret from everyone, even her husband. That’s about all I can say right now except that I’m obsessed with it and I love the characters and setting.

A: Hmmmm…well, all of the “fictional” songs in the novel are ones that I actually wrote. Even if I mention only a title or scrap of lyrics in Lady Sunshine, the full music and lyrics exist on my iPhone. (I have zero experience as a songwriter and haven’t played an instrument since the clarinet in 6th grade!)

I doubt that anyone but me will ever hear them! But that’s the way I work. For the same reason that I draw detailed maps for my fictional towns, I had to know that the songs were real, so I could hum them or play them in my head as I drafted. They have to live so that I can believe in the world I’m creating. It gives the story a heartbeat.

Thanks so much, Deborah.