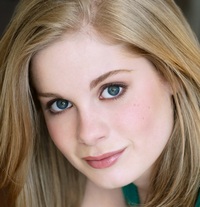 Marissa Levien is the author of the new novel The World Gives Way. She lives in New York.

Q: What inspired the world you write about in The World Gives Way?

A: I wanted to create a world similar enough to ours so there was not a lot of world-building. It was our world, but the world is a relative concept. You can play around with what people see as a world, and how human perception can change that.

Q: How did you create your characters Myrra and Tobias?

A: For Myrra, the seed of an idea for the book was an apocalypse. I wanted the type of thing where the character was having to understand what that means. I was looking at what the character’s headspace would be if they had to face something that catastrophic, how a person would find a way to conceive of it.

Story-wise, the easiest way to tell it was that she knew, but maybe not everyone else knew. It was imperative that she be in a high-up-enough place that she would find out the secret.

I was not interested in writing about someone privileged. I thought that people who know as much as the privileged people do are the servants. It seemed like a much more interesting character.

I was reading The Odyssey at the time, and I took from that. Odysseus is good at lying. Myrra had to go on a journey. 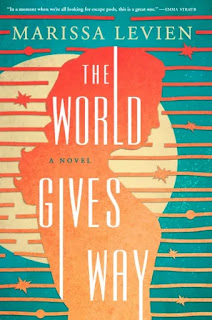 Tobias came out of the need for more conflict in the story. It’s hard to write a full-length book about someone realizing that everyone would die. I needed an antagonist, someone similar but opposite to the character, so they can shed light on each other.

Tobias is very similar to me. I’m a very ordered person, although hopefully I don’t help uphold terrible government practices! I found Tobias’s voice easily, because it’s so much from my own.

A: When it comes to writing for me, I’m pretty good at figuring out how it starts and how it ends, but the middle is the part where I get muddled up.

I love outlines. I started with a scriptwriting background, where you tend to outline more. I don’t necessarily live or die by the outline—the exciting thing is where the characters take on a life of their own and surprise you!

Q: The Publishers Weekly review of the book says, “Combining detective work and slow-burn romance, Levien offers plenty for lovers of cross-genre sci-fi to engage with.” What do you think of that assessment?

A: That’s actually right on the money! I’m the type of person who reads a little of everything. I work in a bookstore, and the customers ask what kinds of books I like to read. Good books! Anything that’s good.

I tried to follow the adage of writing the type of book you’ve always wanted to read. This book ended up being a little of everything, and I’m proud of that.

A: I hope they take away a sense of what life is. I wanted to write a book where people took wonder out of the world around them, a sense of human connection. The characters are alone at the start, and then coalesce.

A: I’m very excited about the novel I’m working on now. The World Gives Way took a decent amount of editing, and I was living in that world for so long, it’s nice to have a different headspace.

It’s about love in a lot of ways. It’s about people who have loved deeply but loved wrong and are destroying things because of it, and how that could infect a house and the fallout could get destructive in a supernatural way, and how people can climb out of that and fix the wrongs of the past.

I got to do a road trip to the Oregon coast—I hadn’t been back in a long time. It was wonderful to see, and very inspiring.

A: The World Gives Way is definitely a cross-genre thing that’s near and dear to my heart. I hope people love it. It was a blast to write. It’s fun to design worlds like that.