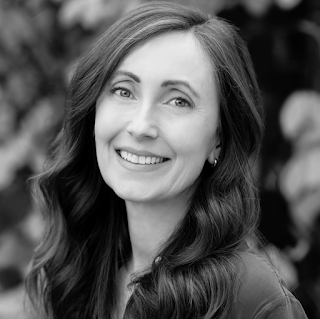 Aggie Blum Thompson is the author of the new novel I Don't Forgive You. Her work has appeared in a variety of publications, including The Washington Post and The Boston Globe. She lives in Bethesda, Maryland.

Q: What was the inspiration behind I Don’t Forgive You, and how did you create your character Allie?

A: When I first moved to Bethesda, a suburb of D.C., I had two little babies and it was a struggle to make new friends and fit in.

At the same time, I began to wonder about the power of social media to shape and even destroy one’s reputation, especially in a community where you were relatively unknown. Who would your new neighbors believe, after all – unknown you? Or all-knowing Facebook?

Q: The novel is set in a Washington, D.C., suburb. How important is setting to you in your writing?

A: Very important! I think of my book as “suburban noir.” All of the qualities that makes suburbs appealing – knowing your neighbors, living in a like-minded community, everyone dipping in and out of each other’s lives -- get twisted in my book until they are dark and sordid.

And there is a very specific D.C. vibe – a lot of high-powered and type-A people who bring that intense energy to child-rearing and their everyday life. 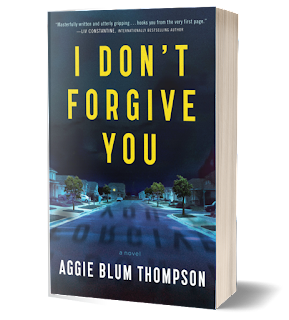 A: I made many changes along the way! I had a general sense of how it would end, and where I was heading, but once I got there, I rewrote the ending twice.

A: I’ve always loved a good revenge story and the idea of someone holding a silent grudge for years and years really appeals to me. But the title also has a second meaning, alluding to whether we are willing to forgive ourselves for our mistakes.

A: I just finished my second book, which will come out in the summer of 2022. It’s another D.C.-based suspense/thriller, this time centered on two deaths that take place at Beach Week, 25 years apart. The book explores the themes of friendship and privilege.

A: I am thrilled to announce that the TV rights to the book have just been sold.