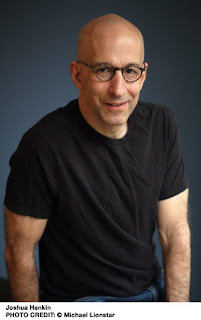 Joshua Henkin is the author of the new novel Morningside Heights. His other novels include The World Without You. He directs the MFA program in fiction writing at Brooklyn College, and he lives in Brooklyn.

Q: What inspired you to write Morningside Heights, and how did you create your character Pru and her family?

A: Like [Pru's husband,] Spence, my father was a professor at Columbia, and he, too, developed dementia, though much later in life than Spence did.

When my father was sick, my mother started going to a class for caregivers at the Jewish Community Center, which I found really poignant. My mother is not a consorting-with-strangers kind of person, and it was a sign of how bad things had gotten that she’d go to a class like that for help.

More broadly, I wanted to write about a woman who essentially gives up her career for her husband.

This happened fairly often, certainly in the 1960s and 1970s when Pru and Spence were coming of age, but what made Pru’s situation particularly interesting to me was that she was quite successful in her own right—she graduated from Yale and started a Ph.D. in English literature—then took a route she hadn’t anticipated. 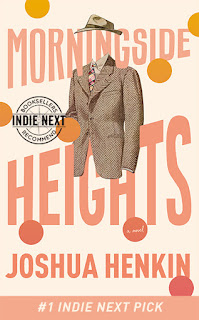 Q: Can you say more about why did you decide to focus in this novel on Alzheimer's and the impact of the disease on the patient and those around them?

A: The challenge of writing a novel about Alzheimer’s is that, at least as things stand medically, there’s no tension in what’s going to happen to the character with the disease.

Q: The Kirkus Review of the book says, "Henkin specializes in melancholy stories about complicated families, and this one is a real heartbreaker. His portrait of Pru is nuanced and sensitive, following her into one of the darkest places a spouse can go and hitting the notes just right." What do you think of that description?

A: I’m not a takeaways kind of guy. Takeaways are for politicans, philosophers, rabbis, and priests. I’m a stories kind of guy. I spend my time trying to create complex characters and sending them out into the world to get into trouble.

A: I was on leave from teaching this past fall, and I almost finished a very rough draft of a new novel. It has a speculative premise, which is unusual for me. More than that I’m not saying.

A: It took me eight years to write Morningside Heights. I wrote three thousand pages and found the book inside all that mess. There were hundreds of drafts along the way.

You can’t write fiction if you’re not compulsive. I have my MFA students keep track of their writing hours, and I do the same thing. I keep a calendar with how many hours and minutes I write each day, and on a day when I don’t write anything, there’s a big fat zero next to that day to remind me of all the writing I didn’t get done.