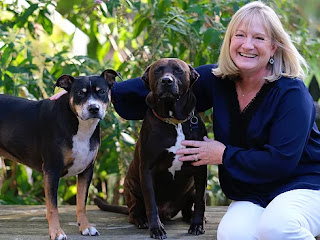 Shawn Nocher is the author of the new novel A Hand to Hold in Deep Water. Her work has appeared in a variety of publications, including SmokeLong Quarterly and Pithead Chapel. She lives in Baltimore, Maryland.

Q: What inspired you to write A Hand to Hold in Deep Water, and how did you create your characters?

A: Many years ago, I attended a summer workshop with Richard Bausch and a version of the first chapter rose out of that workshop in the form of a short story.

I shelved it for many years but for whatever reason, the characters wouldn’t leave me alone. I’d find myself thinking about them and building a backstory around how they found themselves in that short story moment. Willy, in particular, nagged me, even getting into my dreams.

The story marinated for two decades before I sat down with it and took on the enormous task of turning it into a novel. By that time the characters were fully formed in my head and demanding I pay attention.

Q: What do you think the novel says about mother-daughter relationships?

A: I lost my mother rather suddenly a few years ago, and so now when I think of mother-daughter relationships, I think of grief and regrets.

But even for those who haven’t lost a mother, that grief is already embedded in the relationship as an inevitability. Most of us love our mothers (even the worst of them) and may even have a hard time separating our own identity from theirs.

As I see it, daughters are tangled in their mother’s legacy. We may be nothing like them at all, but who we are has everything to do with who they are/were, how they did or didn’t parent us, the way our egos were once merged.

And from the mother’s point of view, there is an almost superhuman single-minded instinct to keep our children safe. 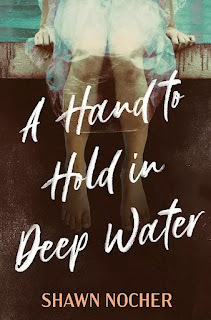 In some ways it’s all a recipe for disaster. Mother-daughter relationships are so complicated, and we spend much of our life trying to work the kinks out of it. At the core we are accountable to the love, but for some of us it’s just damn messy.

A: I thought I did but I was wrong. A very strange thing happened when I got to the end of the book. I had a fully formed backstory for the novel, if only because I had been living with these characters and listening to their stories in my head for two decades. So I did know what would become of May, Lacey’s runaway mother.

But Lacey’s reaction to learning the truth behind May’s disappearance took me by surprise. In the first draft I forced the ending I had held onto as a plot point. But it didn’t feel right. So wrong. It didn’t feel like what Lacey would do.

I took a few angst-ridden days off from the writing and just sat with Lacey. I had to go into a sort of Zen place in my head and just let Lacey do what she would do. The right ending, the only ending, eventually revealed itself.

I hope readers will find themselves—many days or weeks or months after reading this novel—thinking back to this novel and wondering just what Willy is up to.

A: I recently finished and sold my second novel, so I’ll soon be knee deep in edits for The Precious Jules.

It’s about a large family of some means who, back in 1977, reluctantly placed their mentally challenged daughter in an institution when she was only 7 years old.

After nearly 200 years of housing retardants, as they were once known, the Rosewood Institute is closing the doors on its dark history, and the complicated task of reassigning residents has begun. An adult Ella Jules must rely on the state to decide her future.

Ella’s aging parents have requested she be returned to her childhood home, much to the distress of Ella’s siblings, but more so to Lynetta, her beloved caretaker who has been by her side for decades.

The five adult Jules children haunted by the earliest memories of their sister, each dealing with the trauma of her banishment in their own flawed way, are converging on the family home, secrets in tow, arriving from the far corners of the country to talk some sense into their aging parents and get to the root of an inexplicable change of heart.

We expect The Precious Jules will be released in the summer of 2022.

A: Although I’ve been a writer and avid reader all my life, and I’ve had many short stories published in wonderful literary journals, I’m a little late to the party when it comes to publishing a novel. I was in my 50s when I went back to school and got my MA in Writing from Johns Hopkins and subsequently sold my first novel.

At this moment I am exactly where I want to be, teaching part time in the graduate writing program at Hopkins and working on a new novel and short stories. I feel a bit like the little boy who dreams of being a fireman and—lo and behold—grows up to be a fireman.

Thank you, Deborah, for supporting writers everywhere with your wonderful blog and for helping to spread the word about new nonfiction and fiction reads.