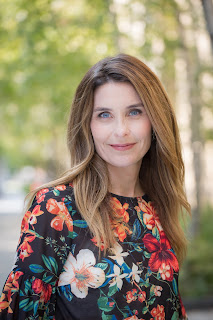 Chantel Guertin is the author of the new novel Instamom. Her other books include the young adult novel The Rule of Thirds. Also a beauty expert, she is based in Toronto.

Q: You've noted that events in your own life inspired aspects of Instamom—can you say more about that, and about the creation of your character Kit?

A: Growing up, I never imagined myself becoming a mother, and my own mother died when I was a teenager. So it wasn’t surprising to me that, even once married, I never had an overwhelming urge to move into the motherhood phase.

[My marriage dissolved, and in my mid-30s I met a man with kids.] I changed—and I’m now a stepmom to two teens and a mom to a 7-year-old boy. So when I set out to write Instamom, I wanted to explore the idea of a woman who’s happily childfree, whose world is turned upside down when she meets and falls for a single dad.

Q: What do you think the novel says about women's choices when it comes to careers and motherhood?

A: There’s a scene in the book where Kit and the other moms are volunteering at Addie’s school. Without giving away the plot, Kit struggles for so many reasons as she comes to realize what being a parent means.

It’s not just showing up to a school event or juggling motherhood with a busy career; it’s about recognizing the mental headspace that comes with motherhood—all those parts of the brain that parenting takes up even when you’re not with your kids—when you’re trying to separate your mom life from your career life.

I think there are so many successful career women out there who are also moms—and I think that probably many of them struggle every single day because it’s really hard to do both really well and that feeling of letting someone down or failing is so common. 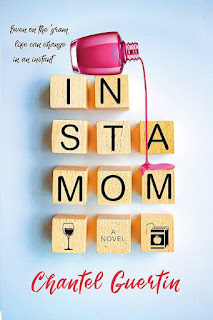 There’s also so much judgment out there that all women have to face regardless of their label, which goes past career mom and stay-at-home mom to childfree and childless women (whether by choice or not). So for the average woman, deciding how to shape her life in terms of career and motherhood is already really tough.

And then for Kit, because her career is tied to her stance on motherhood, it’s even trickier for her to balance, because just dating a man with a child meant reevaluating almost everything in her life: her beliefs, her goals, her career, her life and her relationships.

Q: What does the book say about the role of social media influencers?

A: For many influencers, there’s more to them than the curated content that illustrates their niche. But we don’t really want to see that—it dilutes the strong content followers desire. It messes with the aesthetic appeal of the grid. What pressure!

So imagine if you were going through a life-changing period while trying to maintain that public personae? It must be so hard to decide what to share, what to keep private and how to keep up appearances while you’re internally struggling.

I think that over the past few years there’s been a shift towards a more relaxed, less curated feed; a desire from viewers to see influencers share their personal lives even if it’s not “on brand.” But of course that means they have to want to share that part of their lives with others.

So what am I trying to say? I think that what looks really glamorous must be really hard for many influencers, and it’s worth keeping that in mind when you’re scrolling through your feed.

A: I knew I wanted a HEA ending where Kit and Will end up together, but exactly what that looked like changed quite a bit through the writing process as I really figured out who Kit was.

For a while I really struggled with how Kit could end with Will and still be true to her beliefs about a woman’s right to choose whether or not to become a mom.

It was in the editing of the story that I came to realize what really makes Kit who she is—and part of what I really love about the story: this idea that just because you don’t want kids of your own doesn’t mean you don’t like kids.

I think there is a huge misconception among those who love and have kids that those who choose to be childfree to don’t like them. Once I realized that Kit actually likes kids, I was able to write an ending that felt true to who Kit is, and a HEA for her, too.