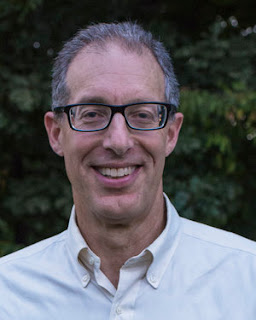 James Romm is the author of the new book The Sacred Band: Three Hundred Theban Lovers Fighting to Save Greek Freedom. His other books include Dying Every Day: Seneca at the Court of Nero. He is the James H. Ottaway Jr. Professor of Classics at Bard College, and he lives in the Hudson Valley.

Q: What inspired you to write The Sacred Band?

A: Many aspects of this story seized my imagination, but mainly it was the existence of the mass grave of the Band at Chaeronea -- 254 skeletons found in 1880, arranged in phalanx formation, exactly as they died in 338 BC at the hands of Alexander the Great.

Q: How would you describe the role of Thebes in this period, especially as compared with Athens and Sparta? 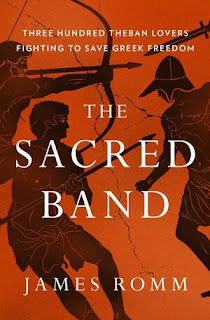 A: Thebes rose from subservience to those other two cities into a leadership position. But it did not have the moral standing or the prestige of Athens or Sparta, so leadership was more of a struggle.

Q: The Publishers Weekly review of the book says, "This is an eye-opening and immersive portrait of a little-known aspect of ancient history." What do you think of that description, and why do you think this aspect is so little known?

A: I love "immersive," which I think describes the level of detail the book tries to convey.

As to the period being little known: The 4th century BC is recorded mainly by Xenophon, a far less compelling and talented writer than Herodotus and Thucydides, who chronicled the 5th century. So most scholars and readers have gravitated toward the better sources.

Q: What did you learn in the course of your research that especially fascinated or surprised you?

A: The role of powerful, assertive women in this period most surprised me. I had barely heard of Phryne, the courtesan who inspired the era's foremost works of art, or Aspasia, who won the hearts of three Persian royals, or Thebe, who engineered the assassination of the era's cruelest despot.

A: I have a biography in hand of Demetrius the Besieger, one of the generals who competed to control the empire of Alexander the Great.

A: The illustrations in the book include a set of sketches of the Band's remains, made in 1880 and never published before; this I think is one of its greatest contributions.