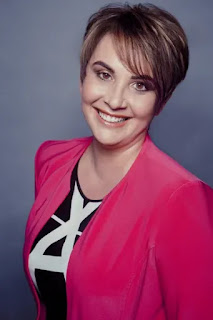 Christine Wells is the author of the new historical novel Sisters of the Resistance: A Novel of Catherine Dior's Paris Spy Network. Her other novels include The Juliet Code. She lives in Brisbane, Australia.

Q: What inspired you to write Sisters of the Resistance, and how did you learn about Catherine Dior's resistance activities during World War II?

A: I first read about Catherine Dior’s involvement in the French resistance in an article on Jezebel.com in about 2017. I was stunned at this woman’s bravery and sacrifice and intrigued by her obviously close relationship with her brother, the genius of couture, Christian Dior.

I couldn’t believe I’d never heard of this before and felt Catherine Dior’s story must be told as widely as possible.

A: Research was quite difficult as there was not much that had been written about Catherine—perhaps out of respect for her own reticence. Like many others who had suffered greatly during the war, Catherine doesn’t seem to have given interviews about her wartime experiences.

I had to approach her story from many different angles—for instance, researching Catherine’s friend, Liliane Dietlin, who worked for the same resistance cell, Christian Dior and their family life, as well as the F2 section of the Franco-Polish resistance Catherine worked for. 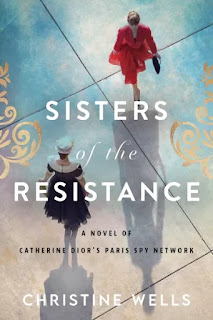 I was surprised to discover that it wasn’t the German counter-espionage section (Sicherheitsdienst) who arrested many resistance workers towards the end of the war, but criminal groups like the rue de la Pompe gang and the Bonny Lafont gang, who had been deputized by the Nazis to round up, torture, and execute resistance agents.

A: The backbone of the storyline of Sisters of the Resistance are the true events from Catherine’s war.

However, I decided not to use Catherine’s point of view, but to write from the perspective of two fictional characters who are drawn into Catherine’s resistance activities. As far as Catherine’s interactions with Gabby and Yvette goes, these are imagined events.

If readers are interested, there is a detailed Author’s Note at the end of the book explaining the choices I made.

A: I hope readers are moved by the bravery of women like Catherine Dior, who risked so much for their country and who suffered so greatly for their cause.

I also wanted to show how agonizing it must have been for ordinary French people to make the choice to resist. We would all like to believe we would have been brave enough, but would we?

A: I’m working on a novel about the real-life inspiration behind the character of Miss Moneypenny in Ian Fleming’s James Bond series and the true story of her involvement in an operation to deceive the Germans during World War II.