Elizabeth Letts is the author of the new novel Finding Dorothy. It focuses on the life of Maud Gage Baum, whose husband, L. Frank Baum, wrote The Wizard of Oz. Her other books include The Eighty-Dollar Champion and The Perfect Horse. She lives in Southern California.

Q: What first got you interested in the life of Maud Gage Baum, and were you always a fan of The Wizard of Oz?

A: I vividly remember my first time seeing The Wizard of Oz when I was 4 years old—the local TV store opened their doors to the public so that neighborhood folk could watch it on a color TV.

That was when I discovered the Gage women—his wife, Maud, and his mother-in-law, Matilda Joslyn Gage. I was intrigued to learn that Baum’s wife was raised to be very modern and independent by her mother, a famous suffragist and close friend of Susan B. Anthony.

But it wasn’t until I saw a photo of Maud Baum on the set of the 1939 movie with actress Judy Garland that I realized I had a story to tell.

Maud was a widow by then, strong-minded, but as an older woman it could not have been easy to make her voice heard in male-dominated 1930s Hollywood, and Judy Garland was barely 16 when she seem to capture the very essence of hope when she sang “Over the Rainbow.”

That’s what attracted me to this story— two women, one old, one young, both insisting on having a voice and being heard. 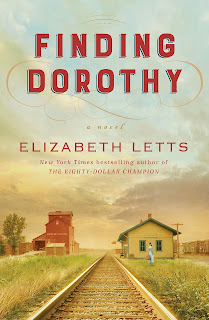 A: Because I have a background writing non-fiction history, I approached the writing of this book by doing a lot of research. What fascinates me about the past is that it’s kind of like Oz itself. You can read all about it but you can’t actually go there—only the imagination opens that pathway.

Through research, I often discover that the past is not exactly what I thought. Getting up close with primary sources—letters, photographs, diaries, and maps never fails to reveal something new and unexpected.

One thing that surprised me while researching this book was remembering that when they were filming The Wizard of Oz, most special effects techniques that we now take for granted hadn’t even been invented yet.

The studio was basically making it up as it went along—we don’t think of it now, but the idea that you could create a fantasy world on film was very novel at the time. As The Wizard of Oz celebrates its 80th anniversary this year, we realize how well their improvisations have stood the test of time.

Q: What did you see as the right balance between fiction and history as you wrote the book, and how did you choose which parts of the Baums' lives to include in your story?

A: Every writer of historical fiction has to solve this in her own way, but for me, it was very important for me to make both the broad outlines and the specific details of the story consistent with the actual historical record. 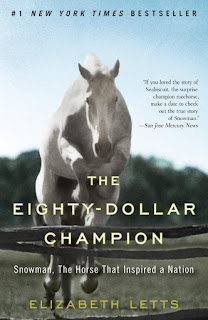 For me, this meant, researching everything from what the Tin Man’s costume was actually made of, to reading 19th century obstetric books. I very much dislike it when I’m reading an historical novel and I read things that are not factually accurate for the time period. That seems lazy to me.

On the other hand, where fiction shines is in the ability to fill in the gaps. The novelist’s art is to spin out the story from the known facts—making you feel as if you are actually there, a fly on the wall, witnessing history from behind the scenes.

As far as what to include, I always end up with a lot of material that does not end up in the final draft. In the end, no matter how interesting something is, it doesn’t stay in unless it drives the story forward.

Q: The book deals with women's rights, both in the 19th century and in the late 1930s. How do you think your novel resonates with the current #MeToo movement?

A: My book was sitting on my editor’s desk waiting to be read when the Weinstein story broke, so I did not write the story knowing how timely it would be, but it isn’t possible to read about Judy Garland’s life without thinking about the long history of abusive behavior toward women in Hollywood.

What was so fascinating to me is that Maud and her mother, Matilda, were so far ahead of their time—and if you know where to look, this modern view of women is everywhere in Baum’s Oz—clearly Baum had absorbed their message.

So, I think for me the big take home was how long the fight for women’s equality has been, and how many of our foremothers who fought for rights that we now take for granted did not see the results during their lifetimes.

Matilda Joslyn Gage spent her whole life fighting for votes for women and yet she did not live to see the day when women got the vote—she was fighting for her daughter and granddaughters and future generations of women. 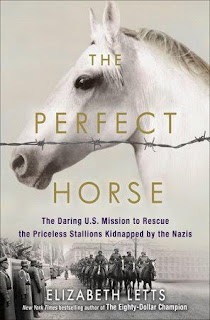 And that thought gave me hope--just because we as women haven’t achieved everything that we would like to achieve doesn't mean that our fight is not worth the effort. Our daughters and granddaughters will live in a better world in part because of our efforts.

A: I’m in the middle of researching and writing a new non-fiction book—an inspiring true story about a woman, her horse, and her dog—an unlikely trio who beat long odds to complete an incredible journey across mid-century America.

A: Just that I fell head-over-heels in love with Frank and Maud while writing this book and I hope you will too. It makes me happy to know that more people will get to know the remarkable story behind America’s best-loved tale.

I’ll just close with a quote from Baum himself which I think sums up his philosophy—and mine!

“In this world in which we live simplicity and kindness are the only magic wands that work wonders”
― L. Frank Baum