Pam Houston is the author of the new book Deep Creek: Finding Hope in the High Country. Her other books include Contents May Have Shifted and Cowboys Are My Weakness. She is a professor of English at the University of California-Davis and she lives in Colorado.

Q: You write, "This book has been an effort to write my way to an understanding of how to be alive...in the final days, if not of the earth, then at least of the earth as I've known her." What initially inspired you to write Deep Creek, and how did writing the book affect you?

Over the last decade of thinking about it and writing it, I, like many people, have become increasingly aware of the climate trouble our planet is in, and that hard truth, that the earth is dying at our hands and we need to figure out how to be in that dying, is probably, whether we know it or not, the most all encompassing reality of our lives.

Loving and losing my beloved animals, dogs and horses has taught me how to be with the dying, how to love the dying right up until the moment of death and beyond, and I think that is what is being asked of us for the earth right now. We need to celebrate her, make her comfortable, and fight to keep her going as long as we can.

Q: You note that it took you almost five years to write this book. Did you write it in the order in which it appears, or did you move sections around as you created the entire manuscript?

A: I never write anything in the order which it appears. I write in something I call glimmers. I see something out in the physical world that arrests my attention, and I grab it and record it. The way the light is glinting off a river, a conversation overheard on a hiking trail, the sound of the horses chomping their hay in the morning. 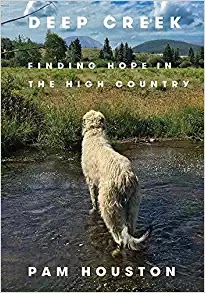 Those become the building blocks of a story or a book. I accumulate, a little like a collagist, and then when I think I have a critical mass I start moving everything around. I have never written the first line first or the last line last. I just keep moving pieces until I feel like I have gotten the biggest bang for the buck out of the order.

Hmmm. Maybe that phrase, bang for the buck, is not one we ought to use anymore, huh?

Q: The book includes sections that you call "Ranch Almanac." Why did you decide to include those, and how do you see them fitting in with the rest of the book?

A: The calendar is really important to the ranch, and in my earliest thinking about the book, I wanted the form to be some kind of calendar, some kind of almanac.

I ended up letting go of that form in the early writing, because it was causing more trouble than it was worth, but it was always hovering up there as the most intuitive, most natural way to tell the story of the ranch, because the calendar so controls what we do there. Haying season, and lambing season, and first frost, etc.

I noticed late in the writing that I had a lot of long chapters, and then a lot of shorter, more lyric ones, that were mostly about daily life on the ranch.

I said I am kind of a collagist at the beginning of putting together a book, but then I become a form lover. I love to know the size and shape of the boxes I am trying to fill. 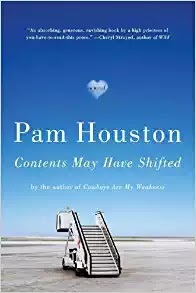 The 12 ranch almanac pieces go in order of the calendar, one for each month. That was hard to pull off, but I managed to do it. I had to rewrite the ranch almanac piece that was called Persieds (a meteor shower that happens in August) to become the Leonids (a meteor shower that happened in November) to make the months run right.

But I like the 12 calendar pieces. It gives a nice spine to the book.

Q: You've written about some very difficult parts of your life, including events that occurred during your childhood. How difficult has it been for you to revisit those experiences?

A: Maybe not as difficult as you might think. I have had a lot of therapy over the years, and I also have good friends and students who have all had their own kinds of childhood trauma so we wind up talking about this stuff a lot, in class and out, and we talk about how to bring it to the page.

I think one thing that kept me from telling this story this directly for a long time was a teacher I had once who said, “You can’t swing a dead cat anymore without hitting a sexual abuse story.”

This is the kind of thing some male teachers say, and some female teachers too, maybe to be funny, but it has the effect of keeping women’s stories down. But I’m older now and unwilling, especially in the current political climate to be silenced.

The hardest parts of this book to write (by far) were the whale that was tangled in the netting, and Fenton’s death. The challenge with the abuse stuff was getting the tone right. I don’t feel like a victim and I didn’t want to sound like one. Also, I love my parents, in my own way, in spite of everything, and I wanted that to come across. 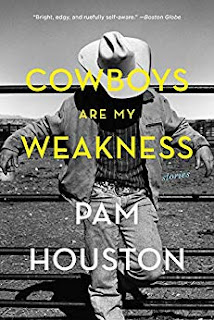 I run an organization called Writing By Writers and we offer non-University based writing instruction at six different events a year all over the west and in France and that is going great guns now and takes a bunch of my time.

I also teach at UC Davis and the Institute of American Indian Arts, and the work of my students there is very important to me.

In terms of the writing, I’d like to find a way to write about good love. I have a few short stories for a collection, but I am not precisely sure what is next book wise. We will see when the tour ends.

--Interview with Deborah Kalb. Here's a previous Q&A with Pam Houston.
Posted by Deborah Kalb at 8:25 AM