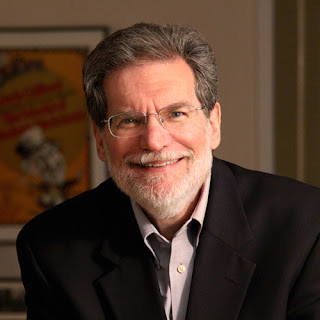 Scott Hilton Davis is the editor of a new English-language version of Yiddish writer Jacob Dinezon's novel The Dark Young Man, first published in 1877. Davis is the founder of Jewish Storyteller Press, and is a filmmaker and a former public television executive. He lives in Raleigh, North Carolina.

Q: How did you first learn about Jacob Dinezon's novel The Dark Young Man, and how did you become involved in this new English-language version of the novel?

A: To be honest, I first learned about Jacob Dinezon by accident while working on a collection of retold Jewish tales. I was doing research on three 19th-century Jewish authors, Sholem Abramovitsh, I. L. Peretz, and Sholem Aleichem, who are considered the "Classic Writers of Modern Yiddish Literature."

To my surprise, I started noticing another name—the name of a writer I had never heard before: Jacob Dinezon. But Dinezon was always referenced in terms of the other authors: he advised Sholem Aleichem on his literary journal, he published Peretz's first book of short stories, he assisted Abramovitsh with his business dealings.

So I started wondering, who is this guy and what did he write? That's when I discovered that Jacob Dinezon was a very successful Yiddish novelist whose works had never been translated into English. And that his first novel, The Dark Young Man, published in 1877, is considered the first realistic Jewish romance and the first bestselling novel in Yiddish.

Unfortunately, unlike Abramovitsh, Peretz, and Sholem Aleichem, who have had several of their works translated into English, Dinezon has been completely neglected by Yiddish translators. So, as my curiosity deepened and I became more interested in Dinezon's writing career, I decided to commission an English translation of his most popular novel.

Q: How was Dinezon's work received during his lifetime, and why isn't he better known today?

A: According to Dinezon himself, The Dark Young Man sold over 200,000 copies during his lifetime, which is pretty astonishing when you realize it was written in Yiddish and limited to a Jewish audience. Dinezon would go on to write several more novels, but none ever achieved the success of The Dark Young Man.

The question of why he's not better known today is complicated. In many ways, Dinezon is a very old-fashioned writer. His plots are melodramatic—his heroes and heroines are far too good and his villains way too evil.

Also, like Dickens and others of that period, he's a social reformer. He takes the Jewish community to task over such issues as arranged marriages (he calls it slavery) and the cruel treatment of children in elementary education.

So he was an author who was committed to educating and enlightening his readers as well as entertaining them. He even admits that "art for art’s sake" didn't exist when he started out.

As the years passed, even though the Jewish masses continued to love his stories, modern critics were less enthusiastic. And frankly, there aren't any happy endings in Dinezon's novels and not a lot of humor.

So, moving into the latter half of the 20th century, if you were a translator or publishing house looking for a project that had the potential to make a little money, I'm sure Dinezon wasn't high on the list. Which is probably why we have so many Sholem Aleichem translations because as a humorist he's an easier sell.

Q: What resonance do you think the story has for today's readers?

A: The Dark Young Man is a very powerful period piece that addresses issues that still confront us here in America: the disparities between rich and poor; lying, deception, and greed; and the challenge of holding on to our values and identity in a modern, turbulent world.

I also find the historical aspects of the novel fascinating. This is not a shtetl story. It doesn't take place in a little village. This is about young Jews—17 to 21—living in the city of Mohilev in the Russian Empire. We get a realistic depiction of Jewish urban life in the 1840s. We see what young people were struggling with in terms of arranged marriages, assimilation, and the impact of modernity on traditional Jewish life.

Plus, once you get into it, it's a real page-turner with a startling ending.

Q: What do you see as Dinezon's legacy, 100 years after his death?

A: In his eulogy for Jacob Dinezon, the author S. Ansky said, "Our entire literature was brought up on his lap." Dinezon's legacy is multifaceted.

He proved with his very first novel that Yiddish was a viable literary language that could reach out and influence the Jewish masses, and he did it in an emotionally powerful way. 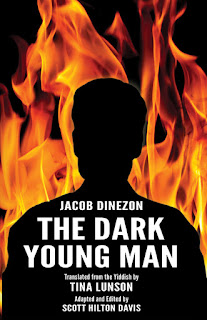 He moved way past rehashed Bible stories, legends, and fables, and created a realistic Jewish story that contained real characters dealing with real issues that were challenging the Jewish community in the latter half of the 19th century. He proved to publishers and other Jewish writers that the Jewish masses were ready for novels like this.

And in many ways, in my opinion, this gave a push to the explosion of Jewish creativity that would emerge in the late 1880s with writers such as Sholem Aleichem and I. L. Peretz.

Dinezon was also a significant participant in Warsaw's literary circle. He befriended and mentored many of the most important authors and journalists of that period, and although Peretz gets most of the attention, Dinezon was Peretz's closest friend and adviser. They were like brothers; they did everything together.

And finally, at the end of his life, as the First World War raged between Russia and Germany, Dinezon completely shifted gears, and became a community activist, helping to found an orphanage and schools to care for Jewish children.

When he died in 1919, tens of thousands of Jews poured out onto the streets of Warsaw to mourn the loss of their beloved folk writer and community benefactor. That, to me, is a remarkable legacy.

A: I'm still working to get the word out about Jacob Dinezon and his role in 19th century Jewish literature. And, of course, I'm still on a mission to let people know about his novels and stories that are now available in English. So there's still a lot of work to do.

A: I hope people will check out this website. We've collected an astonishing amount of research material—much of it translated into English for the first time—that details Jacob Dinezon's role in modern Yiddish literature.

There is also a wealth of visuals, including photographs and drawings. They say, "Seeing is believing," and it is quite wonderful to see Dinezon with his friends, I. L. Peretz, Sholem Aleichem, and Sholem Abramovitsh. It really provides an understanding of his remarkable place in that literary circle as we mark the 100th anniversary of his death on Sept. 3, 2019.