Ayesha Harruna Attah is the author of the new novel The Hundred Wells of Salaga, which takes place in late 19th century Ghana. She also has written the novels Harmattan Rain and Saturday's Shadows. She lives in Senegal.

Q: You note that you were inspired to write this novel by your own family history. How did your great-great-grandmother's story lead to your writing the book? 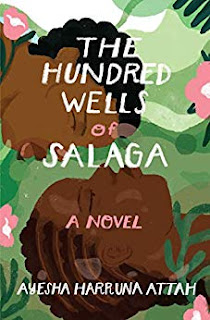 A: While drawing up our family tree with my father, I learned that my great-great-grandmother had been enslaved in West Africa. I didn’t know much about slavery within the African continent at that point and I wanted to find out more about what that could have looked like and what my ancestor would have gone through.

Q: How did you come up with your characters Aminah and Wurche?

A: Aminah was inspired by my great-great-grandmother, so her spirit was modeled on the closest person to her that I got to meet: my father’s mother. She was a quiet woman, but one could tell that she had a strong spirit. 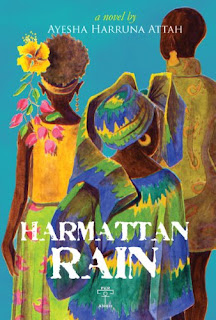 Wurche was inspired by a line I read in a book called Salaga: The Struggle for Power, by J. A Braimah, which said that princesses from this particular region could choose whomever they wanted to be their lovers, even if the man were already married. It seemed to me the height of freedom and I thought it would be interesting to compare a woman like that with my ancestor who had been enslaved.

Q: How much research did you need to do to write the novel, and what did you learn that particularly surprised you?

A: I did a ton of research. I went up to Salaga to visit. I read as many books as I could on the war in Salaga, as well as visitor accounts of more peaceful times. I think what struck me the most is how absent women were in these reports. 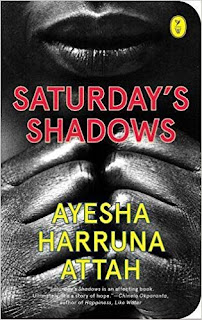 Q: The novel focuses in large part on the issue of slavery. What do you hope readers take away from the book?

A: I would like us to have more nuanced conversations about slavery. Things weren’t black and white, then, and still aren’t today. I’d like us to also begin to dig at why it doesn’t seem to go away.

A: I’m working on my first book of non-fiction on the kola nut, the “Cola” in Coca Cola, and how it shaped West Africa..

A: The Hundred Wells of Salaga is a small book, but packs in a lot, and even though it may come off as heavy, with themes such as slavery and war, it is a book about human beings in all our complexity, so even in the midst of pain and struggle, there are a few moments of levity.