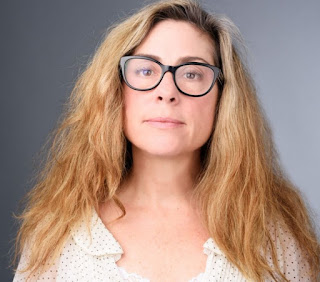 J. Albert Mann is the author of the new young adult novel What Every Girl Should Know, based on the life of women's health activist Margaret Sanger. Her other books include Scar and the Sunny Sweet series. She is based in Boston.

Q: Why did you decide to write this novel about Margaret Sanger’s early life, and why as fiction rather than nonfiction?

A: The real reason I wrote about Margaret Sanger is that when I was in college and dating my college boyfriend, he invited me to his house. I went to Marymount in Manhattan. The house was a brownstone, with a plaque on the outside of the building.

We had a wonderful dinner, and after dinner his stepmom said, Why don’t you take Jen on a tour of the house, including the basement? We went down to the basement, and there was a strange table with stirrups. He said this was the first clinic of Margaret Sanger’s in Manhattan.

I said, Who was Margaret Sanger? I was on birth control at the time, and I was using the privilege in one of the places where she began to hand out that privilege. This was in the late ‘80s, early ‘90s.

I never forgot that moment, or her, and I do write fiction, but I never considered writing about Sanger until a few years ago when I picked up Ellen Chesler’s book [about Sanger] again.

I could never get past her childhood. It’s who she ends up becoming. There were great biographies of her, by Ellen Chesler and a couple of biographies of her from friends, and two autobiographies. There was a lot to read on Margaret Sanger and on the birth control movement.

I thought, what would I be offering in a YA space that hasn’t already been done, coupled with the idea that I couldn’t get past her childhood. I felt that if I did nonfiction, I wouldn’t be able to [focus only on her childhood]. 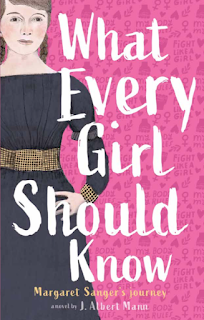 For kids, to give them that perspective, whatever is going through [their childhood] has an effect on their life, and you can turn it into incredible accomplishments later on.

I thought writing fiction, focusing on her childhood and giving her a first person narrative voice would help drown out the voices out there.

Q: Can you say more about how you researched the book, and what you learned that especially surprised you?

A: I spent a long time researching before writing, at least six months of research before I began writing the novel. Most of the book is based in historical fact. You have so much writing from her.

Parts of the book are obviously fictionalized—I’m giving her a voice, I’m making her say things. I gave her details like a best friend, or details with her sisters.

I tried to put more nonfiction in than fiction. She was pretty forthcoming with who she was. She enjoyed talking, she enjoyed people, she was extroverted in that way. It’s easier to get a feel for who she was. And then there was getting the history down, the facts, what Corning was like. Now I can even get the weather on a certain day!

Q: What do you see as Margaret Sanger’s legacy today? 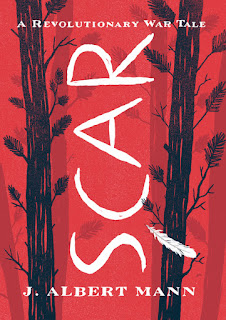 A: I would define her as a social justice warrior, someone like Eugene V. Debs or the Black Lives Matter folks today. Social justice is really important—it’s how we move ourselves into a better place as a society. Women’s health, birth control, women’s reproductive rights—this is her legacy.

Havelock Ellis was the first in England to believe that women could have orgasms. The medical establishment laughed at him. This was in the early 20th century. It shows how little was known about women and sexuality.

Margaret Sanger began this conversation. My daughter can be born into a world where there’s the idea of having sex for her pleasure. We can have better relationships with men because we can ask for them, because the possibility of sex for pleasure exists. [During the period the book is set] women bore the brunt of it.

A: She had 18 pregnancies that were known. She died at 49 or 50. And when you have tuberculosis [as she did], it was very detrimental.

Q: One issue that comes up with Sanger is her relationship to racism and eugenics. Can you talk about that?

A: These are two complex issues. You need a historical perspective. My believe is that all this anger and putting down of Margaret Sanger is a way to move the conversation away from women’s health and reproductive freedom. 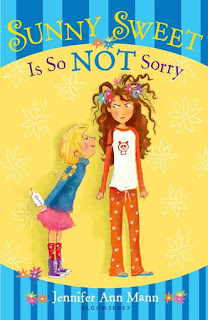 The conservative movement can sully her name so nothing she did matters. You damage the person, you damage their message. I don’t believe these people care whether she was or wasn’t a racist or eugenicist.

She wasn’t a heinous figure. Margaret Sanger was a white woman born in the U.S. in 1879. I would charge any white person born in 1979 to [show] they don’t have any racist tendencies. It permeates our society.

Some folks went out actively trying to put black people down. They were “big R” racists. “Little r” racists include all white people through American history. The charge that Margaret Sanger was a racist is kind of ridiculous. She did use some racist language but was she a “big R” racist? No, she opened her clinics to blacks and whites. She was very open for her time.

The eugenics charge is more ridiculous. Everybody was a eugenicist. It was a science in America back then. Every American president believed in eugenics. Theodore Roosevelt, Hoover. Also every single university and college had eugenics courses. Two-thirds of high school textbooks [included it]. Who wasn’t a eugenicist in 1910 or 1920?

There are negative eugenics and positive eugenics. Both were very negative ideas. With negative eugenics, they believed that if you have something wrong with you, if you could pass along some disease or deformity, they were taking people with disabilities, poor people, immigrants, and putting them into institutions for life. This was done across America. This permeated our society.

With positive eugenics, they went underground. They used sterilization, sterilizing people against their will up through the 1980s. The idea was to get white women to procreate and suppress black, brown, or disabled folks. My next book will be out next February. It takes on eugenics.

Q: Yes, I was going to ask you what you were working on now.

A: I’m writing about segregation rather than sterilization. Sterilization is so horrific, and it has been written about. Segregation is horrifying too, being put away for your entire life.

The voices in institutions are all doctors, nurses, not the voice of the people put away. There’s almost no writing from those people. It’s a YA novel, It takes place in Massachusetts, at the Fernald School. It’s told in four voices of four girls who were institutionalized. I wanted to give a voice to them.

Q: Are they fictional or real?

A: They’re fictional. It was hard to get the names of people. They just numbered them. There’s a graveyard filled with numbers. They wiped out [information] about who they were. I had to do a lot of research, from doctors and nurses, and I had to create characters.