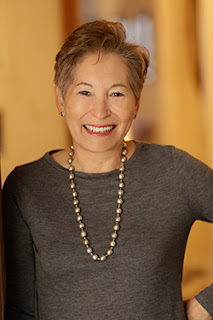 Elinor Lipman is the author of the new novel Good Riddance. Her many other novels include On Turpentine Lane and The Inn at Lake Devine. She lives in New York City.

Q: How did you come up with the idea for Good Riddance, and for the 1968 high school yearbook at the heart of the novel?

A: It began with a chance purchase at a flea market in Stormville, New York. My significant other, who’d grown up in England without yearbooks (at least not at the Quarry Bank School in Liverpool) bought it proudly for  $12 when I wasn’t looking. “Why would you want this?” I asked. “Americana,” he said.

When he got it home and studied it, he realized that the book had belonged to the teacher and yearbook advisor to whom it was dedicated. As he studied it, he saw that she had attended reunions faithfully, and had made notes. Eventually I went through every page. But the story and the hanky-panky are entirely my invention. 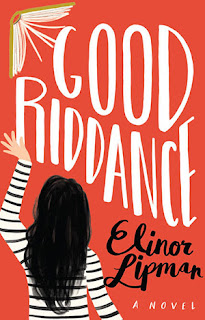 Q: I asked you this in our last Q&A, about On Turpentine Lane, and thought I'd ask it again about this book: Which character in Good Riddance was the most fun to write about, and why?

A: This made me smile.  I’d have to say Daphne’s father, a retired high school principal who moved to New York City after he’s widowed and becomes a New York City dog walker. (I love dogs.)

Q: The novel takes place in Manhattan and in a small town in New Hampshire. Why did you decide to contrast the two?
A: It wasn’t that I was looking for a contrast. It was just that the original yearbook was from a New Hampshire town, and because I live in New York…well, I just thought it was an easy place for me to house Daphne and light up new areas of her life. 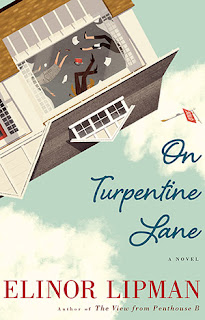 Oh, and I did need her to live in an apartment where there was a communal space for garbage so her neighbor could pluck the discarded yearbook out of the recycling bin.

Q: In addition to your novels, you're also known for your political tweets. How did you first get into tweeting, and what role do you think Twitter plays in today's world?

A: I was at a conference in 2011, and one of the people on the panel was with my literary agency, and she made a good case for tweeting as a way to reach more readers. Susceptible to flattery, I started after she said, “We’ve talked about you at the office and said you’d be really good at it.”

But what to write about? The day after I got home, I made a pledge on Twitter and Facebook that I’d write a rhyming political tweet every day until the 2012 election. I should’ve counted the days (500) to go before the election! The Boston Globe picked up on that, so I felt as if I had to make good on my pledge. 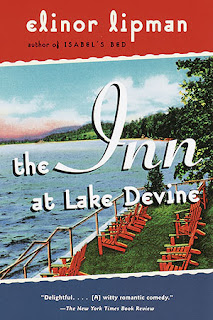 The poems were eventually published as Tweet Land of Liberty: Irreverent Rhymes from the Political Circus. I’ve kept it up, but not seven freakin’ days a week, and now they’re all from Donald Trump’s point of view.

I use Twitter to find breaking news, but I think it’s contributed to the ills of the world, especially to bigotry of every kind. I could easily live without it.

A: I’ve written two chapters of what will be novel number 13. (I'd gone as far as 80 pages, but I didn’t think they were good enough, so I peeled it back to just the first chapter and went from there. (I do that with almost every book.) Now I feel as if I’m on the right track.

Plotwise: My character worked very briefly in the White House...and I think you can guess which one.

A: Good Riddance is dedicated to "Anita Shreve, perfect friend." We all miss her terribly.

--Interview with Deborah Kalb. Here's a previous Q&A with Elinor Lipman.
Posted by Deborah Kalb at 8:37 AM