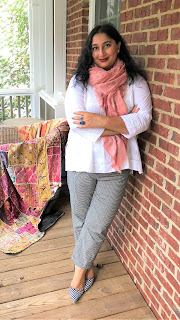 Soniah Kamal is the author of the new novel Unmarriageable, an updated version of Jane Austen's Pride and Prejudice set in Pakistan. She also has written the novel An Isolated Incident. Her work has appeared in a variety of publications, including The New York Times and The Guardian. She was born in Pakistan and grew up in England and Saudi Arabia before moving to the United States. She lives in Georgia.

Q: Why did you decide to write an updated version of Pride and Prejudice set in Pakistan?

A: There were no stories written in English and set in Pakistan when I was growing up and these were something I longed to read alongside Judy Blume, L.M. Montgomery, and Enid Blyton. As such, I used to transpose stories I read, so English scones would become Pakistani samosas, etc.

As soon as I read Pride and Prejudice, a tale which seemed to be quintessentially Pakistani with its marriage-obsessed mother, themes of close friendships and sisterhood, and biting social satire, I knew that I wanted to read a Pakistani version in the form of a parallel retelling. I decided that, if I could, I would write it one day. 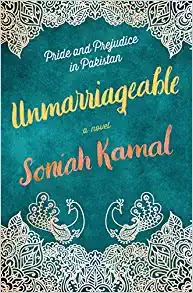 Q: What do you think modern-day Pakistan and the England of Jane Austen's time have in common?

A: Women in Regency England lived terribly constrained lives. They could not own property or, unlike servants, if they were from the middle class and above, they could not work for a living. Marrying well was literally their means to survival.

This is not the case at all in contemporary Pakistan where women are highly accomplished. Pakistan has seen a female head of state, a Nobel Prize winner (Hi Malala!), chefs (the late Fatima Ali, Chefati who was a contestant on Top Chef), pilots, police women, doctors, CEOs, lawyers etc.

It was actually quite challenging to find reasons why my Elizabeth Bennet and Charlotte Lucas, who are school teachers, would want to marry buffoons or arrogant men. That said, as in Regency times, the pressure to marry remains incredibly high in Pakistan as does class and status consciousness.

A: I don’t think there’s a single woman who has not heard herself be called or seen as unmarriageable in some way shape or form and the title is a nod to that. 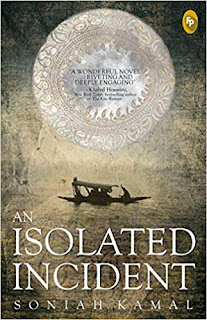 It actually came about during a tiff with my husband. I was thinking, “Alas the love of my life is he’s so unmarriageable,” and, bingo! I immediately called him up to share the good news. To quote from Unmarriageable, “It is a truth universally acknowledged that every marriage, no matter how good, will have ups and downs.”

Q: Why do you think Jane Austen's work is still so popular today?

A: The screen adaptations may have popularized the love stories, not really a focus for Austen herself, but I believe that her popularity is her satire.

She’s an astute psychologist and so brilliantly exposes hypocrisies, self-righteousness, pomposity. even as she explores the meaning of friendships and sisterhood. She’s written characters we can recognize all around us and also her prose is very modern because her pacing is excellent; there are no “dear reader” asides or preaching.

A: 1) I love to cook—chopping vegetables is very relaxing.
2) I love to dance—Lady Binat being pulled in the dance floor in the novel happened to me.
3) Mansfield Park is my favorite Austen novel.