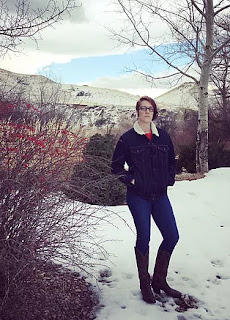 Katrina Carrasco is the author of the new novel The Best Bad Things. Her work has appeared in a variety of publications, including Witness Magazine and Post Road Magazine.

Q: How did you come up with the idea for The Best Bad Things, and for your character Alma?

A: Alma is the product of my personal interests combined with historical details. I wanted a queer main character through whom I could explore gender and sexuality in the 1880s, and a female character who was unabashedly physical and hungry — for food, sex, violence, etc. (In fiction — as in life — women are often constrained in terms of what they can do and the desires/emotions they can express.)

On the historical side, I was interested in the disbanded Pinkerton’s Detective Agency Women’s Bureau. For a time the agency employed female spies, but when it was decided spying was not “women’s work,” the female agents were dismissed.

What would happen, I thought, if several highly trained female spies were suddenly out of a job and not too happy with how they’d been treated by authority? Alma came out of a mix of all these factors.

Then I needed to find a setting that was as interesting as she is — and my research into the real-life opium smuggling and related corruption in Port Townsend showed me it was a perfect world into which to drop Alma. 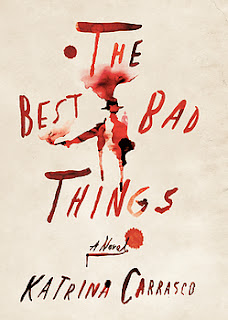 Q: The novel takes place in Washington Territory in 1887. How important is setting to you in your work, and how did you research the time period?

A: Setting is so important in my writing — it’s almost a character itself. I really enjoy researching, so I love to amass details about a time and place, and then deploy them in small doses to make my setting feel rich and real.

For this book, I used several nonfiction historical accounts to find out more about life in Port Townsend in the 1880s; library research, especially with newspaper archives, to learn about the documented smuggling and corruption activities in the area at the time; and fire insurance maps to get a sense of the town’s geography, commerce, and population.

I also spent time in Port Townsend itself, walking around, exploring, and getting a feel for the town (which has changed very little in some areas — many buildings are from the 1880s/1890s, and designated as historic sites).

A: I didn’t know how it would end when I first started, but it quickly became obvious. I actually wrote the final scene pretty early on in the drafting process. And then, all throughout writing the rest, I had to keep a note on my desk that said, “It has to end this way!!” because I kept trying to find ways to avoid the ending! (If you’ve read it, you might understand why this was so hard for me!)

Q: Library Journal's review of the book says, "Carrasco’s first novel explores every nook and cranny of what it is to be two-natured." What do you think of that description?

A: I love this description. I love the whole Library Journal review! I really appreciate that the reviewer respected Alma’s queerness by noting her pronouns (she/her), and that they appreciated the book’s exploration of performance and duality. The book is being shelved as mystery fiction, but I see it also as a literary novel and character study. (I guess the book itself is two-natured!)

I am so proud of all the great reviews the book has received, and many are similar to Library Journal’s. Moira Macdonald at The Seattle Times wrote: “[Carrasco’s] greatest creation is Alma, a fearless adventurer who embraces her own duality … “The Best Bad Things,” itself irresistibly toggling between crime fiction and literary novel … is a swaggering introduction to this heroine.” I love this review as well!

A: I’m working on a book that delves into the opium-smuggling world I first visited with Alma. Specifically, the book explores the first American opiates crisis, which took place in the 1880s-early 1900s, and has startling parallels to the current opiates crisis we are experiencing.

A: I’ve been doing readings for The Best Bad Things, and have a few local events coming up! I’ll be reading at Auntie’s Bookstore in Spokane, Wash., on Saturday, March 23, and I'll be at AWP in Portland, Ore. Also, I’m so excited to share that I’ll be part of the Orcas Island Lit Fest, taking place in the San Juan Islands in April!