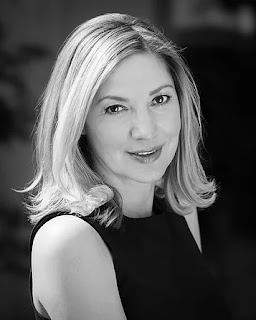 Roxanne Veletzos is the author of the new novel The Girl They Left Behind, which is set in Romania during and after World War II. Veletzos was born in Bucharest, Romania, and moved to California as a teenager. She lives in Marin County, California.

Q: Your novel is based on your own family history. What did you see as the right balance between the fictional and the historical as you wrote the book?

A: I must admit this did not come easily. Much of Romania’s history at the time was complex and volatile, and challenging at times to balance against the intensely personal stories of two families and the daughter they share.

In the end, I had to be careful not to encumber the plot, but rather to thread historical developments with a delicate hand, in a way that supported the characters’ experiences.

Q: How much did you know about your family's history as you were growing up?

A: I was 11 or 12 when I first found out that my mother was adopted—although it wasn’t until a few years later when our family moved to California that the full details of her adoption became known to me.

I remember my mother tearfully revealing one day, that as a toddler, she had been abandoned on the steps of an apartment building in late January of 1941, just as the nation’s capital had erupted into a wave of violence against the Jewish population, which later became known as the Bucharest Pogrom.

Unfortunately, a thread back to her biological roots was never found despite her many efforts—yet her story had become deeply imbedded in my heart, haunting me ever since. Ultimately, it was the absence of resolution to this mystery of our past that planted the seed for The Girl They Left Behind. 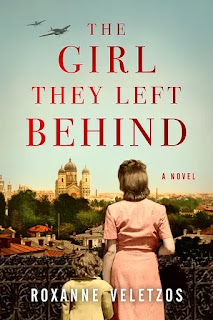 A: I did have to do quite a bit of research, immersing myself for more than a year in Romania’s history.

In the process, I became familiar with lesser-known facts, and especially enjoyed learning more about King Michael of Romania, who at the age of 21 led a coup against the pro-fascist General Antonescu and dealt a lethal blow to the crumbling Nazi power.

In 1947, Michael was forced to abdicate at gunpoint by Stalin’s troops and leave Romania, but in exile his life continued to be just as fascinating. I find him to be a truly inspiring figure.

A: The novel’s title actually changed several times. After considering many options with my editor at Atria Books, The Girl They Left Behind is the one that resonated most deeply. I believe it not only encompasses the experience of being abandoned, but also larger themes in the novel—of sacrifice, of choices mothers will make to save a child.

A: I’m putting the finishing touches on a second novel—also drawn from my early experience living in Eastern Europe. From rural, pre-war Hungary, to the Budapest of the late 1980s, to modern-day New York City, it is a story of self-discovery and lost love — and of a family secret that profoundly impacts three generations of women.

A: I'm thrilled to announce that The Girl They Left Behind is now a national bestseller, and has also been published in Canada, Australia, Portugal, the Netherlands, Slovakia, and the Czech Republic. It will go on sale in Italy, Germany, and Romania later this year.

For more information, please visit my website or my official publisher page. Thank you so much for the support!