Tanaz Bhathena is the author of the new young adult novel The Beauty of the Moment. She also has written the YA novel A Girl Like That, and her work has appeared in various publications, including Blackbird and Witness. Born in India, she grew up in Saudi Arabia and Canada. She lives in Toronto.

Q: How did you come up with the idea for The Beauty of the Moment, and for your characters Susan and Malcolm?

A: I had written a couple of short stories a few years ago, featuring Susan’s character. I took one of those stories and turned it into The Beauty of the Moment. Malcolm had a different name at the time and he wasn’t Susan’s love interest. 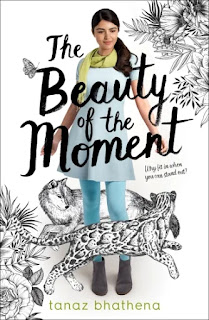 Q: One of the book's themes involves immigration to a new country. What do you hope readers take away from the story, given the current focus on immigration today?

A: I wanted to write a story where immigrant teens were not only able to find a place for themselves in a foreign country, but also have happy endings. I hope readers will be able to relate to this—and also have fun reading the story at the same time.

A: My editor chose the title from a dialogue in the novel. I thought it fits both characters really well—Susan is often afraid to live in the moment, Malcolm races through life without pausing to enjoy its beauty. 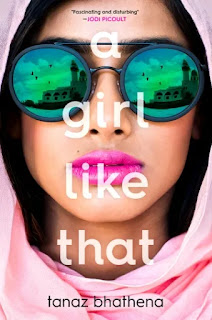 Q: The story is told from Susan's and Malcolm's alternating points of view. Did you always plan it that way, or did you change things around as you wrote?

A: The two POVs came naturally to me; they felt like the right way to tell this story.

A: I’m working on a YA fantasy series set in a world inspired by medieval India. The first book of the series, Hunted by the Sky, will be published in spring 2020.

A: I became a writer because I failed as a cartoonist. So when it came to picking out Susan’s talent, I knew I had to make her an artist.