Annie England Noblin is the author of the new novel The Sisters Hemingway. Her other novels include Just Fine with Caroline and Pupcakes. Her work has appeared in a variety of publications, including the Red Booth Review and the Moon City Review, and she lives in the Missouri Ozarks.

Q: How did you come up with the idea for The Sisters Hemingway, and for the characters' names?

A: I’d been reading quite a bit of historical fiction about the Lost Generation and specifically about Ernest Hemingway and his wives. In general, I find Hemingway himself to be kind of the worst, but his personal life was fascinating. I wanted to honor the women who were married to him in some way, which is how I came up with the names for each of the sisters in the novel. 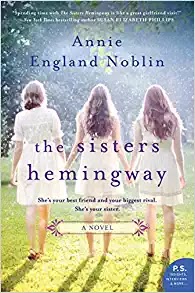 Q: Why did you decide to focus on the relationship between sisters in the novel?

A: For the last 20 years, I’ve had two best friends. We were more like sisters, and I wanted to focus on that relationship. At the time, one of them was struggling with a cancer diagnosis. She died in October of 2016, and this book is the culmination of that 20-year relationship with those two women and the loss, love, and understanding that comes along with being so close to another human being.

Q: The book takes place in a small town in the Ozarks. How important is setting to you in your writing?

A: Very important. I’d say for this book, as well as the first Cold River novel, it is all-important. The Sisters Hemingway doesn’t exist without Cold River. The women wouldn’t be who they are without the house they grew up in or the land they grew up on. None of the characters would be the same without the setting.

I want the setting in this novel to feel like another character—someone you grow to love and at times are frustrated with throughout the book. 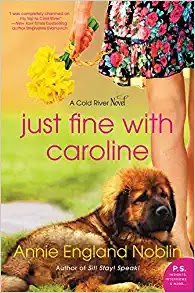 Q: The novel is told through each sister's perspective. Did you write the book in the order in which it appears, or did you focus more on one character before turning to another?

A: I’m a very linear writer. I like to write from start to finish, which meant I wrote each sister’s part as it came. I don’t like to jump back and forth from beginning, middle, and end when I’m writing, because what if a character changes from the first of the book to the middle? Her reaction to a situation might not be the same. The way she speaks may not be the same, and certainly what’s going on in her head won’t be the same.

My characters don’t always reveal themselves to me all at once. I am forced to get to know them scene by scene and chapter by chapter. It’s frustrating sometimes, but in the end, it’s always very rewarding. 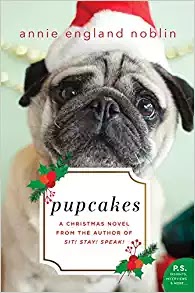 A: Right now, I’m working on my sixth novel, tentatively titled Maps for the Getaway. It’s about three best friends in their 40s on a road trip to relive their senior year of high school. It has everything I’ve ever wanted to write about in a novel, and I am so excited to finally be able to write it.