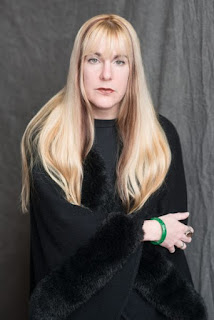 Jennifer Militello is the author of the new poetry collection The Pact. Her other books include the memoir Knock Wood. She teaches in the MFA program at New England College, and she lives in Goffstown, New Hampshire.

A: Most of the poems from this book were written in a period between 2013 and 2018. So about five years of intensive work.

A: There are three main relationships explored in the book—the sibling, the mother, and the lover—all falling under the larger umbrella of the book’s overarching theme of difficult love.

At first I had one section for each, and then Traci Brimhall, who was one of the manuscript’s very generous readers, suggested that the darkness felt a little too sustained in that form, so I split the “lover” poems up into shorter punctuating sections—and that allowed them to create context for the rest of the book.

This perpetuated the idea that the earlier formative relationships we experience may have consequences down the road, which was my initial intention for them anyway.

Beyond that, I always try to treat sections of a collection as mini-books when I order them—so that they have a surprise or shift in energy at the start, an arc that scaffolds throughout, and then  some finalizing stamp of the foot.

I use the same principles I use to order the moments in an individual poem, with the same hope for sustained energy, the same hook at the start to draw the reader in, the same bit of startle at the end to be sure the work stays with whomever is stepping away from it. 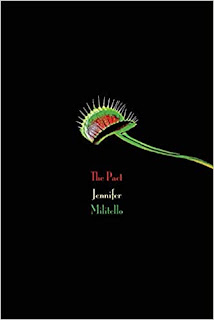 A: The Pact as the book’s title is ironic to some extent, in that the word “pact” comes from the Latin word meaning “fasten.”

A pact is a bit of a trap. It is an oath or bond sealed with blood. It is often so costly it’s made in secret. It is a way of framing a connection with someone else that is not wholly positive.

The title is meant to suggest a bond that is not to be broken, and the book’s title poem is about a mother-daughter relationship that is difficult for both and curses the daughter with perpetuating a set pattern of damaging love.

In addition, one of the figures in the book is the nkisi nkondi, which furthers this sense of the binding nature of an agreement between people.

The nkisi nkondi is a power figure that would help the Congolese seal a pact in a superstitious ritual involving hammering iron nails into the shoulders of the wooden figure as a way to clinch the vow.

It was daunting to stumble on this figure bristling with spikes at the MFA in Boston, and to read that each nail represented an agreement people made through the spirit inside the statue.

A: Poetry is a home for those who suffer. Celan called a poem a “sort of homecoming”. It’s a place to go where pain is shared and seen.

I think reading the pain of others separates pain from us, allows us to both recognize it and be less consumed by it in our actual everyday lives. We walk around carrying it like a little gem.

The poem is that gem. Like a locket we can keep pain in. We carry it around our necks in this way so that it doesn’t touch our skin. Because otherwise it is caustic, like the poison in a ring. At least that’s what I felt when first reading poems, and what I continue to feel.

I’ve had a lot of people come up to me after readings of these poems and share stories about their mothers or sisters, so I think a lot of people have these experiences with their loved ones and have been hurt deeply by them and yet don’t share them much.

So I hope people will bring their pain to this book and see the things expressed there and be comforted by this other pain, feel connected and seen and understood--and also perceive a tiny bit of their own world more clearly and in a way that changes it, makes it beautiful, gives it a significance, helps it take on a life of its own.

I hope those who have experienced difficult love in its many forms—and I think that may be most of us—will take comfort in knowing they are not alone.

I also hope, as always, that people will read this book for its immediacy, the way they listen to music or view visual art. Enter the book fully and suspend that urge to know what a poem is “about” and let the phrases and images and musics move through them.

A reader can look at what may be creating that response later, in more detail, but at first I would hope they just react, and read with what I call the instinct rather than the intellect.

A: I’m working on putting some words on the page, just that, especially given the current moment, because really who knows what I’m working on until it’s done.

A: The Pact is a book I never thought I’d write—it feels more risky than my other books. There’s more at stake. After it was written, I sat on the manuscript for over a year before I could convince myself to send it out. It’s still a scary book for me. I’m still not sure.