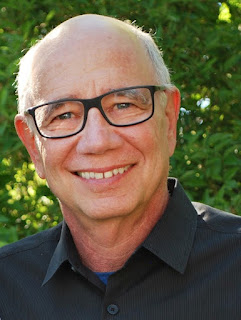 Steven Schwartz is the author of the new novel The Tenderest of Strings. His other books include the story collection Madagascar. He is the fiction editor of the Colorado Review.

Q: You've said, “My newest novel, The Tenderest of Strings, comes out of this lifelong ambivalence to find where you belong and to whom you belong.” Can you say more about that?

A: As a younger man, I thought belonging was some permanent state one could attain. Older and partially wiser, I’ve found belonging slips between the boundaries of the now and the vanished. Writers, I believe, have a higher percentage of being at odds to belonging, as we’re often witnesses to the world, participating and observing simultaneously.

However, recently, at our daughter’s wedding, I had a transcendent moment of near perfect belonging when we lifted the married couple on chairs and danced the Hora around them. I virtually merged into that ceremonial moment. I wasn’t just in that circle; I was that circle.

I mention this as a small correlative of what the Rosenfelds, the family at the center of the novel, wish for themselves: to belong and to repair themselves, beginning by moving from Chicago to a small Colorado town.

Q: How did you create the Rosenfeld family, and how would you describe the dynamics among the family members?

A: Years ago, I visited some friends who just had a baby, their first child. Their place was chaotic, the family stressed to the max. They had recently bought an old house and discovered it had lead paint. The front steps were unstable. The kitchen was out of commission with a plumbing problem. The washing machine sat waiting for a repair part.

It all made an impression on me—wondering how they would cope (they eventually did). That place, however, became the Rosenfelds’ house.

The characters, meanwhile, came from elsewhere: neighborhood parents I once knew who were at their rope’s end with their only child getting into constant trouble. In the novel, I imagined the degree to which this could control the family dynamics.

When I was young and thinking about a career in psychology, I worked at a family therapy institute and saw firsthand how any family is a network: you can’t press on one part without it affecting another part.

Eventually, if pressed too hard, something has to give, as in the case of Ardith, the wife in the novel, making a crucial decision to step secretly out of her role as wife and mother. Secrets empower novels but secrets always have a victim. Add to that an outside event, in this instance a fatal hit and run, and the molecular family structure can go haywire. 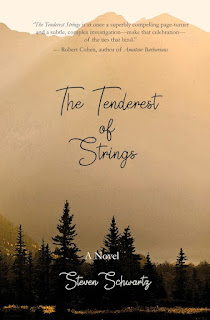 I always knew I loved the Rosenfelds, but they had to learn how to love each other despite their problems.

A: I have to laugh. I had so many tries at the ending until (I hope) I finally got it right. I’m the fiction editor for a national journal, the Colorado Review, and I can tell you nothing is more critical and makes a bigger difference for accepting a story than the right ending. So, I know the struggle.

One reason endings prove difficult is that the problem often lies in what comes before the ending that needs to set it up. Once I discovered a new narrative predicament—a missing puzzle piece starting from the very beginning—everything fell into place. I also knew I was going to be a little out of my depth writing a courtroom scene at the end. That discomfort, however, signaled promise, as well as anxiety.

A: The novel had many working titles: New West; The Rosenfelds of the Rockies; House of Salt.  Not until I found the right direction of the story did the title come to me (though it sounds like a cliché) out of thin air.

It was important to have a form of the word “tender” in the title and the suggestion of ties—fragile as they may be—that bind. The other titles never quite offered the fitting metaphorical lens for the book. As a writer, I think you know when you’re talking yourself into a title versus when it’s true to the book and hits you emotionally.

A: A retelling of Kafka’s The Metamorphosis, from the point of view of the sister, Grete.

A: This is my seventh book. I thought I knew the book early on. I didn’t. It took me draft after draft to get it right. I set it aside (almost for good) and only came back to it at the insistence of my wife.

I offer this as encouragement for anyone wrestling with the confounding demands of the process. Every novel has its own timeline for finishing. Some just take longer to gestate—very long.