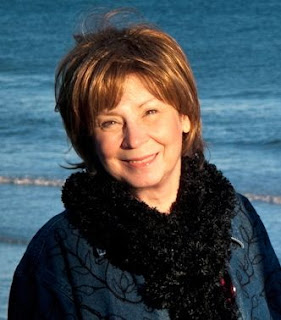 Diane Chamberlain is the author of the new novel The Last House on the Street. Her many other novels include Big Lies in a Small Town. She worked as a psychotherapist before becoming a full-time writer, and she lives in North Carolina.

Q: What inspired you to write The Last House on the Street, and how did you create your characters Ellie and Kayla?

A: I’ve been interested in civil rights issues since the ‘60s, when I was a teenager attending well-integrated schools in a New Jersey town. Although we didn’t use the term “white privilege” back in those days, I was well aware that I had advantages many of my classmates didn’t enjoy.

I’ve remained passionate about civil rights and while my books have sometimes dealt with racial issues, the current-day threat to voting rights in the United States inspired me to dig deeper into the subject in The Last House on the Street.

Although the majority of white students who worked in the summer civil rights programs in the South in the ‘60s were Northerners, I wanted my main character to have a lot to deal with. That’s how Ellie, a passionate young Southern college student, came to be. She had to buck her family, friends, boyfriend, and society to do the work she was determined to do.

My first glimpse of Kayla was as a vulnerable young woman who was approached by a strange, threatening woman in her office. I fleshed her out by giving her a daughter to protect, a husband who died in a freak accident, and a beautiful new house tucked in a spooky forest. I wanted to see what would happen when I threw these two seemingly unrelated women together. That’s the fun part of writing!

Q: What is it like having this novel come out at a time when voting rights are again such an incredibly important issue? 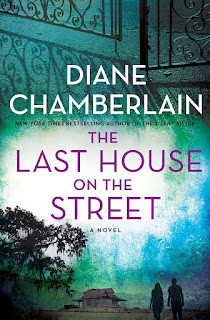 A: At the time I started writing Last House, things were not looking good with regard to voting rights, but I still felt hope that fair-minded politicians would prevail. That is apparently not to be. There is a voting rights bill on the table that I can’t imagine will become law at this point.

True, people of color are no longer beaten at the polls or forced to take literacy exams or pay a poll tax, but the modern-day equivalents--no Sunday voting (the time when Black voters traditionally go to the polls), fewer polls open in Black communities, limits on mail-in ballots, etc., will have the same impact.

I do hope that, in addition to enjoying the story in The Last House on the Street, readers’ eyes will be opened to the injustices we’re dealing with in 2022.

Q: How did you research the 1965 section of the book, and what did you learn that particularly surprised you?

A: There is not a lot of information about the SCOPE program Ellie participates in online, but I found a great book by Maria Gitin: This Bright Light of Ours. Maria was a 19-year-old SCOPE worker in 1965 and even though her work took place farther south than Ellie’s, her book helped me create the world Ellie inhabited.

Q: You set the novel in a fictional North Carolina county. How did you create this setting, and why did you opt for a fictional town?

A: I often use an existing place for my novels, but given how negatively I needed this county to be, I had to create my own county and town. In my mind, it’s in the area of North Carolina where SCOPE was actually active. As for the “street” in the title, it is vivid in my imagination, both in 1965 when Ellie’s house is the only one on the kudzu-lined dirt road and in 2010, when the street is full of new, upscale houses.

A: I’m playing with ideas right now for my next book, but I haven’t settled on one yet.

A: I’m gratified by the wonderful reader and reviewer response to The Last House on the Street. I’d worried that the subject matter would be too tough for many readers, but I’m delighted that hasn’t been the case. My readers are pretty strong, knowledgeable and ready to embrace something different, and I’m grateful to them.