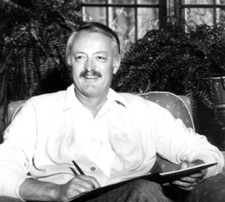 James Priest is the author of the new novel Kirins: The Seer of Serone. It's a sequel to his Kirins trilogy. He practiced medicine in Minneapolis for more than two decades, and how lives in Hawaii.

Q: What inspired you to write Kirins: The Seer of Serone?

A: The Seer of Serone is a sequel to my previously published Kirins trilogy. After spending several years writing the trilogy, I felt that the kirins’ adventures were not done and I had more tales to tell. And I thought of a compelling plot device that would provide a great setup for a new novel, which became The Seer of Serone.

More broadly, I was inspired to write fantasy because I have always loved classic fantasy such as Tolkien’s The Lord of the Rings and classic science fiction works by Arthur C. Clarke and Isaac Asimov. I began writing as a practicing physician in my 40s because I needed a creative outlet and my literary roots beckoned—before I attended medical school, I studied English and journalism.

Q: You’ve said, “As a child I was always fascinated by miniature things, and I loved weaving stories for my friends.”

A: When I chose to begin writing, I settled on writing about miniature beings—kirins, who at maturity are one foot tall. Though small in stature, they’re big in courage and integrity.

A: I did not know how the novel would end. When I write, my modus operandi is to follow plot lines as they develop. Thus, as I progress through the writing process, I make changes as I go. In fact, I often wrote my characters into harrowing situations from which I had no idea how I would get them out! I allow the tale to tell itself, and as I do, the way forward becomes clear.

Q: You’ve said, “Because most fantasies are set in a mythical world or another time period, I wanted the challenge of writing a fantasy set in today’s world.” Can you say more about how you create the setting in which the novel takes place?

A: Looking out the window of my writing nook, I found inspiration for the fantasy world I aimed to create. Our home at the time stood in the woods by a serene Minnesota lake, with grand, stoic trees and woodland creatures such as squirrels, birds, and—my favorite—wood ducks. 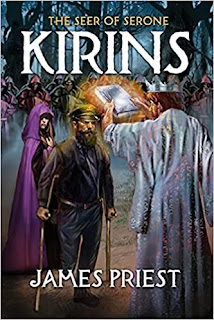 As I gazed out that window pondering what to write, I imagined that the terrain before me was inhabited by a civilization of small, magical beings thriving just beyond our senses. What were they like? How was their civilization constructed, and why were we oblivious to them? In what ways were they like us and different from us?

I spent the first few weeks just working out the structure and details of kirin civilization: how their society is organized, where they dwell, what they do for work and pleasure, how they travel and communicate, the roles of magic and nature in their society, and so on.

A: Most importantly, I want readers to enjoy a thrilling, thought-provoking, and satisfying fantasy adventure that immerses them in a magical world co-existing with our reality.

But that idea of co-existence raises a key theme that I hope readers will also take from the story: the power of mutual understanding, peaceful co-existence, and forgiveness. Kirins and humans have peacefully co-existed in this world for millennia, but only because kirins have chosen—due to a painful distant past—to remain invisible to humans. For self-preservation, kirins millennia ago devised a spell that would render them and their civilization invisible to humans.

Because kirins and humans live wholly separate but parallel existences, kirins have little understanding of humans and categorize us as terrifying brutes. Humans, of course, have no knowledge of kirins.

But some kirins, like some humans, possess an innate faith born of an undying interest in better understanding the other. Nourishing that understanding breaks down the walls that divide us, but it can be a very painful process, too, as characters in my story discover. But the theme of reconciling seemingly unbridgeable divides through an understanding of the “other” seems incredibly important to me in today’s world.

I also hope to convey that violence is not nearly as powerful a force for change as are mutual understanding and forgiveness. My father, upon reading my first book many years ago, remarked, “Kirins do things the right way.” That’s not true of all kirins, of course. Like humans, some kirins are cruel but most prefer peaceful, constructive solutions.

Unlike many fantasy stories today, vengeful violence does not play a central role in my stories. As an army surgeon during the Vietnam War, I saw the destructive effects of violence every day, and of course that violence solved nothing. Our capacity for empathy and forgiveness is our greatest gift and hope as humans. In my story, the kirins remind us of this.

A: In addition to fantasy writing, I also enjoy writing travel essays. I have numerous essays on an Internet writing destination, Channillo.com, as well as some nascent kirin tales.

Many story lines in my kirin books are left open, and it has crossed my mind many times that I would happily welcome other authors to take up the mantle and produce further tales based on my work, taking kirins to heights and depths they, and I, have never dreamed of.

A: While The Seer of Serone is the fourth novel in the Kirins series, it can be read as a standalone book—there’s no need to read the trilogy first.

For those who read the original trilogy, Seer introduces scores of new characters and completely new settings and themes, but of course there is also much continuity with the trilogy.

Seer is a book that is great for young readers and adults alike, and I think it will appeal to fans of classic fantasy such as The Dark Crystal, The NeverEnding Story, Dragonriders of Pern, and, of course, Tolkien’s works.