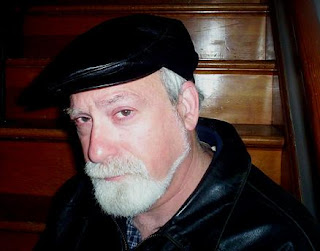 Mitchell Waldman is the author of the new story collection Brothers, Fathers, and Other Strangers. His other books include the novel A Face in the Moon. He and his partner, Diana May-Waldman, are the editors of the online journal Blue Lake Review. He lives in Rochester, New York.

Q: Over how long a period did you write the stories in Brothers, Fathers, and Other Strangers?

A: As this is a collection of stories they were written over a number of years, most published in literary magazines and then, finally, compiled and shaped into a book.

A: I organized the stories based on topic, the first group of stories dealing with a young boy dealing with his new life in a blended family, and the relationships he has with his mother, his stepfather, his birth father, his brother, and his stepbrother as he grows up, along with all the tumultuous feelings that go along with it.

I massaged the stories so that they feel more interlinked and ordered them chronologically from the boy’s earlier days to the day that his father dies, and the days some time thereafter.

The next set of stories started with an idea: What if Adolf Hitler had followed a different path historically and what would have been the outcome? I briefly toyed with the idea of writing an entire book of alternate Hitler stories but soon tired of the idea. What resulted was the writing of three short pieces with a longer piece imagining a Jewish dentist who thinks he’s the reincarnation of Hitler.

I also had a bunch of stories about working life and men, corporate life, and stories about spirituality or questions about such matters, and the meaning of life, I guess, and people feeling the lack thereof, that seemed to fit together pretty well in this book, all of which are topics that I’ve returned to again and again over the years, and which I placed at the end of the book.

Q: The writer Hardy Jones said of the book, “In Brothers, Fathers, and Other Strangers, Waldman explores masculinity, but not stereotypical masculinity. In these stories, you will see men battling their memories and emotions as they attempt to come to grips with their pasts and make a way for their lives.” What do you think of that description?

A: I think this is an apt description of the first part of the book, consisting of a number of semi-interlinked stories of a boy’s attempt to deal with a messed-up childhood and trying to make his way into adulthood dealing with all types of family issues.

But I believe there is much more to the book than just that; that is just one theme within the book’s pages.

Others include my obsession with Hitler and the Holocaust, in stories or imagined alternative lives and the possible reincarnation of Hitler in a Jewish dentist, our changing work environments and the effect and toll this has taken on many with layoffs and changed attitudes towards employees from those of the past, and questions of spirituality and the “meaning of life,” cliché as it may sound, in some stories examined from characters’ satirical or sardonic viewpoints. 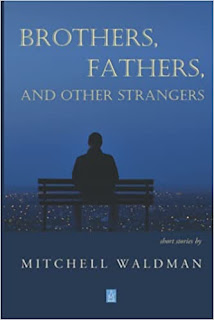 Some of these stories are semi-tragic, some more comic in nature.

A: First off, I want my stories to engage the reader and entertain them. Once they’re engaged I’m merely telling stories that shed light on some of the issues included in the book – growing up in a messed-up, not-so-melded family, the modern work world, questions about spirituality and life’s meaning.

And, as the title indicates (I had originally titled it “In the Company of Strangers”), questions about how well we know each other, in families or other settings: Are we all really just strangers to each other, in the end, unaware of the struggles and demons our relatives and peers are dealing with?

A: I’m currently working on a new novel that involves elements of interplanetary reincarnation, and is heavy on commentary on our world, human behavior, and society from an outsider’s perspective, with a touch of satire. And, of course, the occasional short story.

A: I’ve been writing fiction for about 45 years. I’ve worked as a legal writer and editor for 37 years. My partner, Diana May-Waldman, a journalist and poet (author of A Woman’s Song), inspires me every day. Together we edit the online journal Blue Lake Review, which we’ve done since 2010.

We have six children and five grandchildren.

I can juggle a bit.

According to Diana, I tell a lot of bad jokes. What can I say? I try.

I used to have hair. Ahh, I miss those days!

I played Santa Claus last year on Zoom for the kids who couldn’t visit the “real” Santa. Yes, I was a Jewish Santa.

For the most part I don’t do well with people on power trips or with huge egos, poseurs, and people who believe the unbelievable and ignore the facts. I don’t like pretentiousness, materialism, and designer this or that. Nor do I like bigots and racists, and all the suffering people cause each other due to their differences in color, religion, or beliefs.

I do like a real good beer or ale (no Budweiser for me) or whiskey, and, of course, love a good book.

Although I live in Rochester, New York, I grew up in Chicago and am a big Chicago Cubs fan, even though I know professional athletes make way too much money; it’s obscene how much they make at the top levels, at least. If only we paid our teachers, first responders, nurses, and firefighters this kind of money.

My auto warranty is not expiring soon, despite numerous phone calls indicating otherwise.

For more information on my writing and that of my partner, Diana, check out our website at http://mitchwaldman.homestead.com