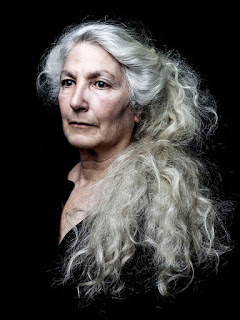 Jill Culiner is the author of the new book A Contrary Journey with Velvel Zbarzher, Bard. Zbarzher was a 19th century poet and singer. Culiner's other books include Finding Home in the Footsteps of the Jewish Fusgeyers. She is also an artist, photographer, and speaker.

A: In the very beginning, I was inspired by a sentence in Sol Liptzin’s History of Yiddish Literature: “Velvel Zbarzher…might well have attained the pinnacle of fame…if he had not squandered his talent in disreputable Rumanian inns and Turkish coffeehouses.”

That was more than enough to get me going. Step back a century-and-a-half? Go lurk in dreadful Romanian inns and Turkish coffeehouses? Waste my talent? Fine with me! Yes, I know that time travel is pure science fiction, but I was determined to find a trace of that vanished 19th century world.

Another reason for taking up the quest? I’ve always admired authentic rebels: highly intelligent people who reject community values, who risk banishment, who live without a safety net. And the maskilim—the proponents of the Haskalah, the Jewish Enlightenment—fit that description perfectly.

In the 1800s in Eastern Europe, the maskilim knew the time had come for Jews to leave their self-imposed ghettoes, to reject outdated ritual, superstition, myths, and miracles. Adopting modern clothing, learning European languages, they became writers and actors, scientists, teachers, musicians, and they created modern schools where children could learn science, geography, languages, history, mathematics, grammar, and philosophy.

Because they rebelled against the traditional community, they were rejected by their families, branded as heretics, and banished from their towns and villages. Yet, they persisted in their struggle, and were directly responsible for the magnificent Jewish cultural flowering in the 19th and early 20th centuries.

Velvel Zbarzher was the perfect maskil. When still a boy, he hid under the synagogue steps, taught himself German, and studied the forbidden Enlightenment literature. At 18, he fled the security of his community and headed into an uncertain future.

Impoverished for most of his life, he used his poems and songs to fight for what he believed was essential: an intellectual freedom impossible in a religion-based life.

Q: Historian Robert A. Rosenstone writes of the book, “‪Jill Culiner has produced an intense, powerful, yet breezy narrative that is extremely unusual in that it is at once a work of history, biography, and memoir.” What do you think of that description? 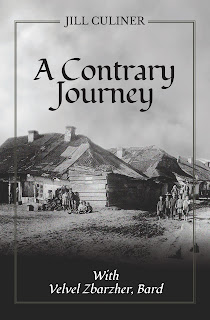 A: Having such an endorsement from Robert A. Rosenstone is a great honor. I admire him greatly; I love his way of presenting history—for example, in his delightful The Man Who Swam into History: the Mostly True Story of My Jewish Family.

Like Rosenstone, I have combined history, family history (my grandfather’s cynical view of the shtetl), biography, and observation, and tried to create an appealing, easy-to-read book of history that I hope will touch many. However, such a blend can’t please everyone.

In his Adventures of a Postmodern Historian, Rosenstone writes that his work “combines memory and history with some of the techniques of fiction…yet I fear that this approach may not satisfy some readers, being too historical for those interested in the contemporary, too theoretical for others fixed on the concrete, and too intimate for academics committed to holding reality at a safe distance.”

A: I was very lucky. I was living near Paris, and at the Bibliothèque nationale, I found two papers dating from the 1800s with short biographies of Zbarzher that were written by men who had known him, as well as a printed collection of Velvel Zbarzher’s letters to his brother Meir. I could also read the many 18th and 19th century traveler’s accounts of Russia, Poland, Galicia, and the Ottoman Empire.

In another part of Paris, at the AIU, the Alliance Israelite Universelle, I found information about Brody, the pogroms in Russia, and several of Zbarzher’s books, including the one he sent to the AIU when hoping for financial support, and I found copies of Ha-Shahar, Peretz Smolenskin’s radical Viennese journal. A maskil, Smolenskin was Zbarzher’s friend.

I also had considerable information from research I did for a previous book, Finding Home in the Footsteps of the Jewish Fusgeyers; and since I had walked across Romania, that country was no mystery to me.

Perhaps the best stroke of luck was finding one of Zbarzher’s relatives, a fifth-generation descendant now living in Israel. She had collected clippings and articles and very generously shared them all with me.

A: Researching and writing this book was pure magic. I slipped back into another century, discovered the Haskalah in detail, and acquired much knowledge about Galicia, Romania, the Austro-Hungarian Empire, the Ottoman Empire, and Imperial Russia.

Thanks to all my reading, when I finally began travelling through Ukraine and Romania I understood what I was seeing: the shape of fields, the architecture, and the configuration of small towns. What satisfaction when you can interpret a landscape!

A Contrary Journey with Velvel Zbarzher took me 12 years to research and write. You can imagine my regret and terrible sense of loss when it was finished.

A: I have completed a manuscript about a pogrom that took place in 1946—well after the Holocaust—in Hungary. But it is also the story of village Jews on the Great Hungarian Plain, and a portrait of a small Hungarian town today. Now I’m looking for a publisher.

A: Life in the vanished Jewish villages was long presented as ideal, with strong family solidarity and a deeply caring community. This dreamy picture was based on the memories of those who had escaped the Holocaust, those mourning dead relatives, and those trying to reconstruct a lost world.

But wherever humans live together, there is also meanness, class division, gossip, theft, violence, alcoholism, and divorce. Even back in those days, there were rebels, runaways, radicals, and traitors.

To understand our world, we have to read history! The more we learn, the easier it is to make sense of human behavior, to spot and reject fake news.

And thank you so much Deborah Kalb for this interview.