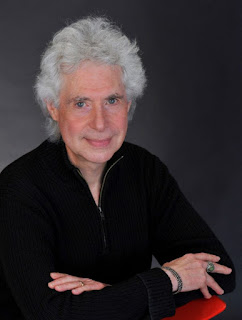 Robert Steven Goldstein is the author of the new novel Cat's Whisker. His other novels include Enemy Queen. He is a former healthcare information executive, and he lives in San Francisco.

Q: What inspired you to write Cat's Whisker, and how did you create your character Samuel Baron?

A: Some years ago, I read an article I found shocking. It stated that in many parts of the United States, the percentage of people who accepted Darwin’s theory of evolution was lower now than it had been 50 years ago. Most of the people who rejected the theory of evolution did so because they felt it conflicted with their religious beliefs.

It saddened me that so many people missed out on experiencing the beauty and power of science due to religion. But then it occurred to me that many people I know, who identify as atheist or agnostic, are missing out on something equally beautiful and powerful—an appreciation of the mystical aspect of the cosmos—something that every tribe in the history of mankind has sought to embrace in one way or another.

That was when I decided to write Cat’s Whisker, a book about a man who searches for the union of science and spirituality—and ultimately finds it.

Samuel Baron is the main character and narrator of the novel Cat’s Whisker. His father owns a small television and radio repair shop in the South Bronx, where Sammy spends a good deal of time as a boy. He is drawn to science, and eventually makes his living as an engineer, inventor, and owner of a profitable nationwide chain of electronics stores.

But even as a youngster, the mystical aspect of the universe intrigues him as well—his father buys him subscriptions to popular magazines featuring science and mechanics—but as much as Sammy is drawn to the scientific articles, he is equally drawn to the ads featuring Rosicrucian mysticism, and spiritual Jiu Jitsu warriors.

The desire to unite those two aspects of the cosmos within him becomes Samuel Baron’s lifelong quest.

Q: The author Michael J. Coffino said of the book, “Displaying deft storytelling, author Robert Steven Goldstein teaches us that science and spirituality, far from strange bedfellows, are inextricably bound in symbiotic influence as we carve our unique paths to ourselves.” What do you think of that description, and what does the novel say about the relationship between science and spirituality? 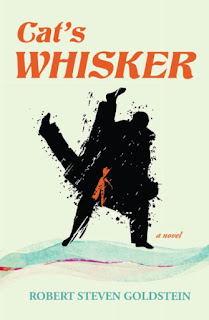 A: I believe that description is apt.

As for what the book has to say about the relationship between science and spirituality, that is precisely what I found most intriguing about crafting the novel. Writing about science has always been a straightforward prose exercise—words and sentences that reflect rationality and empirical observation.

But attempting to probe the mystical aspect of truth is more elusive—how do you get at something inherently nonlinear, non-rational, and experiential? Throughout human history, we have tried to do so primarily through fiction, poetry, art, and music. The most memorable parts of the Old and New Testaments are not the laws and admonitions, but the stories and psalms.

The prose in Cat’s Whisker attempts to evoke both scientific and spiritual realities concurrently, and to somehow bind them into a gestalt more powerful than either of its two components.

A: The story is narrated by Sammy as an old man. Because he has by then sunk more deeply into his spiritual side, he tells his story in a nonlinear fashion, evoking the mystic’s sense of the past, present, and future melding into a single unified experience.

So, in that sense, I did know how the story would end. But I was not entirely sure of exactly how Sammy would get there along the way.

In general, I write fiction with only the barest high-level outline in my head—I know how the story will start, and usually where it will end, and I may have noted a few highlights to feature in the course of the plot’s unfolding—but most of what occurs, including new characters who may materialize, come to me spontaneously as I write. That’s the joy of it.

A: Most importantly, I hope people will enjoy the experience of reading Cat’s Whisker. An author may have lofty goals with respect to a novel’s themes and messages, but if the story doesn’t entertain a reader and hold their attention, then the book will be tossed aside and nothing more will come of it. I think I’ve told a good story here—but readers will ultimately decide.

Beyond that, I hope that open-minded secular readers find the book to be intellectually stimulating, and find its probing of the mystical aspect to have been accomplished in a manner which is evocative and resonant, and completely devoid of “new-agey” prattle.

A: My fourth novel, Will’s Surreal Period, featuring the peripatetic adventures of a dysfunctional family, will publish in June 2022.

I’ve begun work on my fifth, but it’s still too nascent to say much about.

A: The term Cat’s Whisker in the book’s title refers not to a feline’s facial appendages, but rather to a cat’s whisker detector, an ancient ancestor of transistors. A slab of semiconducting crystal, barely tickled by a wire as thin and stiff as the whisker of a cat, was the component that made the first radios possible.

Samuel Baron builds one as a boy. Its stylus, though, needs to be constantly adjusted and repositioned. The elusive balance required to pluck from the air invisible and seemingly magical radio waves is a dynamic one, always changing, never static—much like the quest for mystical awakening.