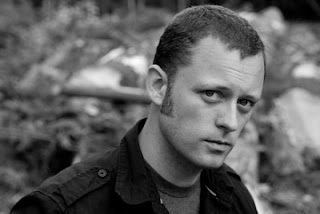 Benjamin Percy is the author of the new novel The Unfamiliar Garden, the second in his Comet Cycle series, which began with The Ninth Metal. His other books include Thrill Me, and his work has appeared in a variety of publications, including Esquire and GQ. Also a writer for Marvel and DC Comics, he lives in Minnesota.

Q: This is the second in your Comet Cycle series--what inspired you to write The Unfamiliar Garden, and how does it connect to The Ninth Metal?

A: I’ll start with the Comet Cycle. I’ve written for Marvel or DC Comics since 2014. In many ways this is a childhood dream come true. Wolverine is my favorite comics character, and I’m now his custodian. But not his owner. Or his creator. He doesn’t belong to me.

So I set out to build my own shared universe—my own sandbox of heroes and villains—and it’s triggered by an age-old sci-fi set-up. A comet comes streaking through the solar system. Our planet spins through the debris field. And new elements are introduced to the world that upend the laws of physics, geology, biology, that create chaos in the geopolitical theater, and that shake up the energy and weapons sector.

Each book happens simultaneously in different parts of the world, showcasing various troubles that have arisen since the night the meteors rained from the sky. The books can be read in any order, and relate to each other almost like a family, rather than sequels.

The Unfamiliar Garden takes place in Washington—Seattle, Puget Sound, the Olympics. If somebody had to put a label on it, I’m sure they’d call it a sci-fi thriller, but really it’s a family story. About Jack and Nora. They were once married, but the disappearance of their daughter drove them apart.

Now Jack is a mycologist working for the University of Washington, and Nora is a detective working for the Seattle PD. He’s chasing evidence of new fungal growth. She’s chasing clues that connect to a series of ritualistic murders. These two separate threads turn out to be entangled, drawing the characters together again. And their daughter? She might be alive after all… 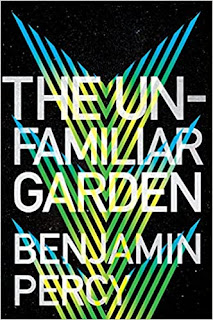 Q: Part of the book's storyline features a plague. Do you see any connections between the contagion in your book and Covid?

A: Emily Dickinson said to “tell it slant.” This book tells it slant. It’s not about Covid, but it does channel societal unease. Because there’s an invisible enemy riding the wind. Sci-fi and horror and fantasy often do this. They reflect the problems of the time through a fantastic lens. You see this in everything from Star Trek to Invasion of the Body Snatchers to Get Out.

Q: The Kirkus Review of the book says, “Percy is a master of horror, particularly when it comes to creating a sense of threat generated by nature itself.” What do you think of that description?

A: I write often about the natural world, because I grew up in a family that spent all of its free time hiking trails and digging up agates and fishing lakes and hunting clear cuts. Sometimes horror comes from the shadows between the trees, but so does wonder.

I wouldn’t call this a horror novel, but it certainly has its moments of shock and terror. I’m channeling something profoundly personal and raw, and that’s the fear of losing or seeing harm come to my children.

They’re 12 and 15 now, but when they were infants and toddlers, we had several scares. Croup hit them hard every winter, because they had tight/undeveloped airways. They ended up in the ER and ICU many times.

One of my worst memories—that gets triggered every time I hear them cough—is watching my son hoisted into an ambulance in the middle of a snowstorm. His lips were blue from lack of oxygen. I had to follow in my car, sliding through icy streets, not knowing whether he would be okay. That fear takes center stage here.

Q: How would you describe the dynamic between Jack and Nora Abernathy?

A: Estranged. I was inspired by novels like Gone Girl and Fates and Furies. They provide a he said/she said version of things, each with its own warped perspective. That same tension is at work here, but this is a book about fungus, and so there’s an overarching theme of symbiosis. These two divergent characters ultimately converge into a unified “they.”

A: The third novel in the Comet Cycle series. It’s called Sky Vault, and I’m deep in the weeds. Hoping to have it done soon-ish. I’m also writing Wolverine, X-Force, and Ghost Rider for Marvel Comics. And working on several screenwriting gigs, including two TV pilots (one for Paramount, the other for Sony).

A: I co-wrote a screenplay with director James Ponsoldt called Summering, and I’m thrilled that it will premiere at the Sundance Film Festival this January.