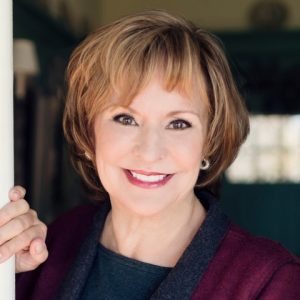 Jacquelyn Mitchard is the author of the new novel The Good Son. Her many other books include The Deep End of the Ocean. She has taught at various universities, including the Vermont College of Fine Arts, Miami University of Ohio, and Western New England University. She lives on Cape Cod.

Q: What inspired you to write The Good Son, and how did you create your character Thea?

A: I was standing in a coffee line at a big hotel where I was speaking at a writer’s conference when the woman in front of me dropped her book; I picked it up and asked if she was attending the conference. No, she told me, she came every weekend to visit her son, who was in prison not far from here. He was just 19 years old. Her son had murdered the only girl he ever loved, while so strung out on drugs that he didn’t even remember.

She went on to tell me that one day, when she was in their hometown cemetery bringing roses to the girl’s grave, the girl’s mother appeared. The boy’s mother was terrified, but the two, who’d once been good friends, fell sobbing into each other’s arms. The mother of the lost girl then said the most heart-wrenching thing. “At least,” she told the boy’s mother, “You can still touch him.”

I couldn’t turn away from this woman, and I could entirely understand her actions. Years before, I’d heard a speech given by Sue Klebold, mother of the Columbine school shooter Dylan Klebold. As she spoke, I knew people wondered, how could she still love this monster? There was no doubt in my mind, however, that if I were she, I would still love my own child inside the monster. I would never give him up.

There are all sorts of twists and turns in this story so you don’t know what really happened that night … but I knew for sure that I wanted to create a character who was living that apparent contradiction and that is how I thought of Thea. In the story, she says that nothing in her life had prepared her for anything except moderate good fortune, but then the bottom falls out and she is only an ordinary person who has to face the unthinkable.

Q: What do you think the novel says about the prison system, and about post-prison life? 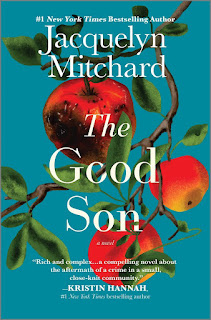 A: The son in this book, Stefan, actually had a pretty easy time in prison -- and if you read what he went through, you’ll realize how much this says about what prison can be, especially for people who are very young and inexperienced. Stefan was only 17 when he went in and 20 when he came out. Of course, prison isn’t supposed to be a good time: The goal is to punish someone for doing wrong.

For most of the people in there, though, it’s just an extension of a life that was already filled with punishment. The component of “rehabilitation” is largely non-existent … and yet, how would that even work? Prisons are schools for criminal behavior and also for becoming an institutional creature. When people are released, they re-offend; they have no ability to find their way in a community that doesn’t want them; they sometimes commit suicide.

I guess the ideal kind of prison would be one in which everyone did real-world work every day and was compelled to participate in some kind of education … but again, how would that work for people whose lives were always chaotic and structure-less? I don’t know the answers.

A: I knew exactly how it would end … that’s one thing I always know.

A: I was surprised to learn that the severest challenge of being incarcerated is staying mentally fit … it’s very easy to lose your reason.

A: I’m working on a story about a young woman who’s a globe-trotting underwater photographer who goes home to visit her widowed father -- and her best friend since eighth grade. She hasn’t seen them for a long time and she has a huge unexpected surprise for them … but she could never have imagined the surprise news each of them has for her, not if she had a hundred guesses.

A: This book is a departure for me … I’ve never written anything resembling a “thriller,” so … although this doesn’t have car chases and letter bombs, you definitely have no idea of “the truth” until the very, very last pages.