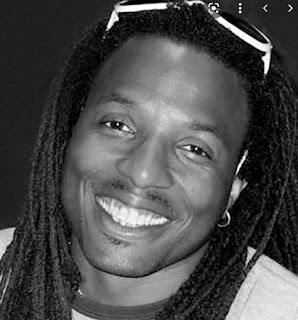 Jerry McGill is the author of the new novel Bed Stuy: A Love Story. He also has written the memoir Dear Marcus. A writer and artist, he lives in Portland, Oregon.

Q: How did you create your character Rashid?

A: I grew up in Brownsville, Brooklyn, and on the Lower East Side. Rashid was as common a character to me as Holden Caulfield and Elizabeth Bennet were to their demographic. I wanted to see someone who looked like us represented. Someone who wasn’t Bigger Thomas.

Q: You've described Rashid and your character Rachel as "two people whose life experiences and cultures are so vastly unique to them that one would think they might speak different languages." How would you describe the dynamic between them?

A: It’s interesting because at first I really believed in my mind that they were mainly physically attracted to each other and that they were possibly fulfilling a certain curiosity that each had about the other. At first I saw it as mainly lust, both characters craving intimacy.

But something wonderful happens when you have characters communicate with each other. The dialogue reveals much more about them and fills in holes you weren’t aware of.

Their early scenes together taught me that there was also a genuine affection between them. A true need that each had to be heard, understood, and appreciated by the other.

There was a natural progression – curiosity to desire, desire to lust, lust to need, need to fulfillment, fulfillment to near obsession. And then, of course, a disappointment. 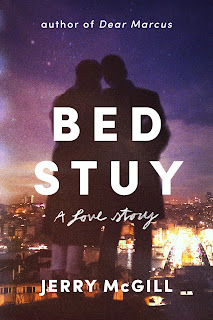 Q: The author W.S. Winslow wrote of the book, "McGill's knowing gaze is unflinching but compassionate, conveying in all its complexity the terror of love, the fear and the doubt that plague it, and the bone-deep need for more." What do you think of that description?

A: I’m flattered by it and think Winslow captured much of what I tried to get across about the conflicts that come with love and longing.

I feel like love is terrifying and if you truly analyze it and peel it apart you are left with more questions than answers.

The vulnerability that is baked into choosing to love another person can be nerve wracking; I think it’s why so many avoid love for so long and prefer to just “play the field” as they say.

The act of loving asks so much of you, and at times seems so damned irrational. And yet the majority of us will crave it at some point in our lives, at many points in our lives. Yet we all know the inherent risk - there is a reason why every opera ends in tragedy. Not everyone is built for it.

A: Oh my, you have asked a million-dollar question here. Let me tell you this novel when I completed the first draft nearly seven years ago had a COMPLETELY different ending. Though still tragic, it was of a very different tone.

I am a person whom for whatever reason grew up loving works that ended tragically – think Native Son, Anna Karenina, Othello, A Prayer For Owen Meany, The House of the Spirits.

I think I was conditioned to believe at an early age that the most effective way to touch a reader’s soul was to take away someone they had come to care for. Of course I grew out of that as I wrote more, but I knew in my heart of hearts that this novel needed to end with this impact.

And so yes, I knew how the novel would end, but honestly it ended four different ways before I settled on what is now before you.

A: I always like to give a shout out to my agent Priya Doraswamy. I know it’s a cliché but I sent this novel to over 50 agents and publishers and got lots of nice, auto-generated rejection letters wishing me well.

Discrimination in the publishing industry is so prevalent and I am forever thankful that Priya and Little A Publishing saw something of value in this story I’d labored over for years. I always felt like I deserved a spot at this table and it always boiled down to will someone let me in the door?