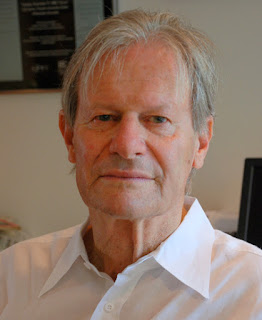 James Reston Jr. is the author of the new novel The 19th Hijacker, which focuses on the 9/11 attacks. His many other books include Warriors of God. He lives in Virginia.

Q: Why did you decide to write your new book as a novel rather than nonfiction?

A: In the official records, there is precious little about the 19 perpetrators of 9/11, and what there is remains classified, due to ongoing legal proceedings at Guantanamo Bay. And so I had to give up the idea of writing this important story as nonfiction, and yet was loath to give up the challenge of trying to understand what motivated the attack.

The co-chairman of the 9/11 Commission, Lee Hamilton, had encouraged me to write about one of the hijackers that had especially interested the Commission: the hijacker pilot who brought the plane down in Shanksville, Pa.

He was interesting for two reasons: he was Lebanese, not Saudi Arabian, handsome, well-spoken, and came from a fine middle-class family. More importantly, he almost pulled out of the operation a month before the operation because of a romantic relationship with a beautiful Turkish-German girl in Germany. That interested the novelist in me instantly! 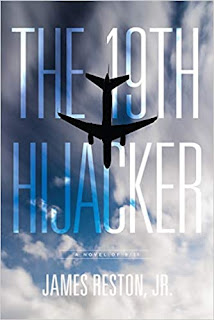 A: Any fine historical novelist does all the research he or she can possibly do on the actual historical case to be considered, before launching into the realm of the imagination to flesh out the story.

I mastered all the work of the 9/11 Commission and other public records, then traveled to Beirut to interview the uncle of the Shanksville terrorist and to Hamburg to consult with a lawyer who had worked on a legal case in Germany against a remaining Al Qaeda member of the Hamburg cell. In Hamburg I also spoke with a commercial pilot who had trained in Florida with the future hijacker.

What I wanted to piece together was the amazing arc of a life from Beirut to Hamburg to Afghanistan to  Florida to the mud of Shanksville, and then to craft a character I give the name Sami Haddad who was simply swept along and was ultimately in conflict about his assignment, torn between his commitment to the Cause and his love for a woman.

This is a novel with three characters. The story is told through the eyes of the girlfriend, who I call Karima Ilgun. For her portrayal I was interested in the age-old question of possible complicity in the diabolical plot, and want the reader to wonder if she is telling all she knows.

The third character is a frumpy German policeman named Kommissar Recht who is desperate to learn after 9/11 if there will be a second wave of attacks and if Karima knows anything about it.

Q: What did you think about the idea of telling the 9/11 story partly from the perspective of a hijacker? Do you feel it humanized them?

A: I know from previous work on the Reverend Jim Jones and Lee Harvey Oswald that if you begin a story portraying your main character as evil, there is nowhere to go with the story.

Sami Haddad was in the end totally evil in his mission to destroy the U.S. Capitol, but how did he get there? What drove him to participate? How committed was he? How close did he come to pull out of the operation? Did he understand completely during his recruitment what his ultimate mission would be?

This is far from a sympathetic portrait.

A: While the reader will know how the story finally turns out, the novel is written as a thriller. I'm very pleased to hear from readers about the "gripping" nature of the telling.

It is meant to read fast and to captivate the reader. But I'm equally pleased to hear from readers about the authenticity and believeability of narrative. People are saying, "It could actually have happened this way."

A: The 19th Hijacker is a book that has taken me 10 years to realize. During the year that the novel was being prepared for publication, the year of Covid, I receded back in the Middle Ages and have just finished a biography of a 13th century emperor called Frederick II.

My three historical books on the clash of Christianity and Islam (Warriors of God, Dogs of God, and Defenders of the Faith) contributed to my desire to bring this historical knowledge forward to address a modern tale. Now I'm returning both to ancient history and to the art of a formal biography.

A: The year 2021 is the 20th anniversary of 9/11. For these 20 years 9/11 has remained too raw in the American consciousness to contemplate how and why the attacks took place. The literature of 9/11 until now has focused on only half the story, the story of the victims.

It's my hope that enough time has now passed that people's minds will open up to the other half. It is important that they do so. Otherwise, how are we to protect ourselves from future attacks, if we don't know what motivates them?

--Interview with Deborah Kalb. Here's a previous Q&A with James Reston Jr.
Posted by Deborah Kalb at 7:45 AM