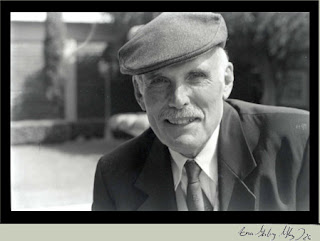 Michael Hogan is the author of the new book Women of the Irish Rising: A People's History. His many other books include Abraham Lincoln and Mexico. He lives in Guadalajara, Mexico.

Q: What inspired you to write this book about women in the 1916 Rising in Ireland?

A: My grandparents on both sides were Irish and my paternal grandfather was very much involved in the independence movement and spoke often of the brave women who fought during that time.

When I took my teenage daughter on a tour of Ireland a few years ago, I observed that there were few references or monuments to the women who raised funds, smuggled weapons from abroad, saw service as sharpshooters and even as leaders of combat units.

When I began researching more seriously, I found that there the few books which mentioned the women, and those that did concentrated on their roles as nurses, couriers, and cooks.

Q: You write, “Reading the traditional accounts of the period, one would conclude that women played only a minor role in the Rising.” Can you say more about women’s roles?

A: They were instrumental. Not only did they help provide the rifles and ammunition which gave the British pause, but they also were very much present in combat situations, working as snipers, setting explosive charges, and one was even shot three times but survived to outwit the British after her capture and escape to the U.S.

On the gentler side, some were provisioners and nurses, and one, Kathleen Lynn, was a doctor who later founded a famous children’s hospital in Dublin totally administered by women, which also provided the first TB vaccinations in Europe free to all children.

A: I read all the biographies of Irish women of that period that had been published, as well as British Army field reports, and the oral histories recorded by the Irish government in the 1940s from the survivors of the conflict.

One was the fact that women from all ranks of society and economic status were involved, from members of the landed aristocracy to shop girls, as well as women all ages from teenage girls to mature matrons.

It was a clear example of intersectional feminism: no one was left behind. It also was amazing how intertwined the independence movement was with feminism itself.

The other surprise was that despite the dominance of male-centric culture, some farsighted men, most notably James Connolly, leader of the Irish Citizen Army, encouraged women to assume combat roles and gave them positions of responsibility. That was truly rare in that era. 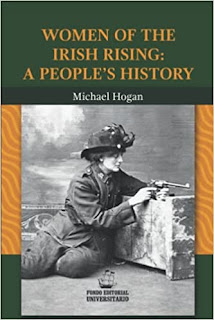 A: There are so many things. I wrote the book with a young audience in mind. As a former teacher I wanted the language and the narration to appeal to a wide range of readers, not just academics.

I also hope that the reader will see the interconnectedness of the participants in the Rising. All ages and walks of life, different sexual preferences, different faiths, Jewish, Catholic Protestant, even atheists, as well as socialist thinkers, union workers, teachers, and shop owners.

It was this unity in the midst of diversity which impressed me, and which turned the military defeat of the Rising into a political and social victory.

A: I have created a Facebook page for the book Women of the Irish Rising, and I am doing a series of lectures and presentations.

Especially relevant is my landmark book The Irish Soldiers of Mexico, which recounts the story of the San Patricio Battalion, which resisted the U.S. invasion of Mexico in 1846-48. It is worth noting that good Irish/Mexican relations and solidarity between the nations stem from that history.

The Irish ambassador in Mexico has also asked me to contribute to St. Bridget’s Day events in which women are celebrated and I am excited to participate in those as well.

I also volunteer as a mentor to seniors who are writing AP Capstone Research papers on feminism in Mexico and Ireland.

Finally, I will be working with my colleague Fiachra Keogh, founder of Distant Voices in Ireland, to promote economic sustainability and social justice in developing countries throughout the world.

A: I am grateful to folks like you, Deborah, who take time out of their busy day to support other writers and artists.

T.S. Eliot once wrote: “Between us there is no competition, there is only the trying.” Sam Hamill once wrote in The American Poetry Review of the “gift economy,” those things that we do for others that do not result in economic payback but help to make a more equitable, more inclusive world.

You are a shining example. Mikel Miller, small press editor and publisher, is another. You are the unsung heroes of our trade. Many thanks.