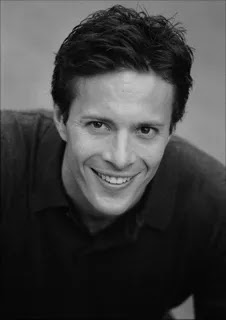 Q: This is your second book about your experiences as a medical student and resident. Did you know from the start that you'd be writing more than one memoir?

A: Thank you so much for taking time to discuss my series Playing Doctor!

The question of writing multiple volumes in the series is sort of a chicken-and-egg answer as I initially wrote the entire book as one 700-page manuscript. Many years later, when I finally became serious about self-publishing it, I realized that nobody would want to strain their back hefting such a weighty tome, or download such a lengthy book, so I divided the manuscript into several different books.

All that said, after the effort of editing and publishing book one, the idea of not dealing with book two crossed my mind! The different books take place at different times in my training and show a sort of character arc, from head injured student to licensed physician, complete with poor decision-making throughout my personal and professional life!

Q: Of the various experiences you write about in the book, which especially stood out for you?

A: In book one, starting medical school with traumatic head injuries that severely limited my memory was an overriding aspect of my life for all my years of training.

Much of what we do in medicine is very rote and repetitive, such as looking up lab reports and writing chart notes — not very interesting to write down in a book, so I tried to choose those experiences that stood out in general.

In book two, there are several stories involving obstetrics that stood out then and now — as humans we are inherently protective of infants and children, so those moments, tragic and triumphant, remain more ingrained on my memory.

My readers, however, all seem to pick up on a certain spider bite that happened in book one. Q: Do you think you felt less like an imposter once you became a resident?

A: No!  More so. At least in medical school you could disappear behind the student label. As a resident, as much as you were recognized as just starting out, your name tag clearly stated you were an M.D., so there was no student moniker to hide behind.

The imposter syndrome was therefore alive and well because I was now expected to be able to think and act like a doctor, at least that was the pressure we expected of ourselves (and was expected of us by the residency programs and our medical teams) — but I certainly felt a sense that at any moment someone would pull back the curtain and reveal that I did not belong.

A: An entertaining and enjoyable read to start with!

I do hope the series conveys the very human aspects of medical training, the long arc of developing into a doctor, and hopefully shares the fears, frustrations, hard work, humor, and dedication that are a part of that world — yet are often hidden away.

We have all had some experience within the medical community and besides providing a fun summer read, it would be nice if readers were inspired to follow their own dreams, be it medicine or anything else!

A: Editing book three in the Playing Doctor series, glancing over several screenplays I wrote that I look forward to working on and producing independently after this series is completed next summer, and balancing family and day job life.

A: For all the writers out there, keep writing! I have so much respect for everyone taking the time to dedicate themselves to their work.