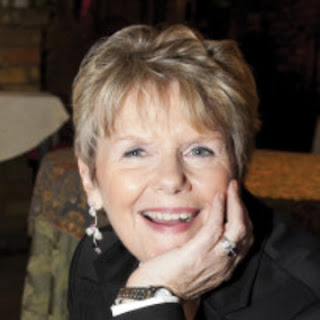 Tessa Bridal is the author of the new book The Dark Side of Memory: Uruguay's Disappeared Children and the Families That Never Stopped Searching. Her other books include The Tree of Red Stars. She was born and raised in Uruguay and moved to the United States in her 20s.

Q: What inspired you to write The Dark Side of Memory, and how did you research the book?

A: My inspiration came directly from the families, particularly the mothers and grandmothers of the disappeared, who embodied such remarkable determination and courage over the years, sometimes decades, during which they searched for their children and grandchildren, and who confronted authorities with the power to “disappear” them as well.

I was moved by their willingness to open their homes, their hearts, and their histories to a countrywoman who was initially a stranger to them. In their homes and by their firesides, they shared photos and letters, and trusted me with intimate details about their lives and losses.

In cases where children, by then adults, were found before the book was published, I found the same generosity and not only willingness, but hope, that their stories would be told, and that others might learn from the complex political situations that led to the events that overtook them.

A: The book's title is a direct quote from one of the grandmothers. She used the words to describe her granddaughter's initial reluctance to accept that she was a child of the disappeared. She believed that somewhere in her granddaughter's  memory there are traces of the trauma she suffered when she was taken from her parents.

Q: You write, “Perhaps, when the past will not release us, it is because it isn't done with us yet, because we haven't learned the lessons it is trying so insistently to teach us.” Can you say more about that?

A: From recent events, such as the war in Afghanistan and its aftermath, and the separation and sequestration of minors at the Mexican border, it is apparent that our rulers have learned nothing about the failure of U.S. intervention in the politics of other nations, and about the lifelong family trauma of separating children from their parents. 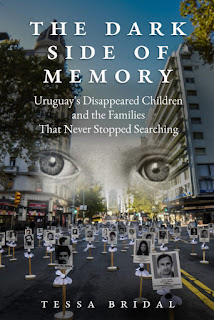 And these are only recent events. The list of past failures is long, and includes the involvement of the United States in the overthrow of most of Latin America's democracies during the Cold War. There were similar outcomes in Africa and Asia, Iran and Iraq. Hundreds of thousands dead and traumatized, including many thousands of U.S. citizens, mostly from the Armed Forces.

Q: What do the families depicted in the book think of it?

A: The families of the disappeared, who still march annually to protest how little their governments have done to find their relatives, are grateful for attention being brought to the issue.

They support any effort to educate and inform their own youth, and youth abroad, of the consequences of failing to analyze and research domestic and foreign policies, with consequences to women and children particularly.

A: I am working on a historical novel set in France, covering the stories of four indigenous Uruguayans who were sold to a Frenchman in the 19th century for research and exhibition on the Champs Elysees.

A: Only how grateful the families of the disappeared are for your interest. As one of the children, now an adult, said to me, “I wish that documentaries and films would be made to tell our stories and help prevent this from happening to anyone again.”