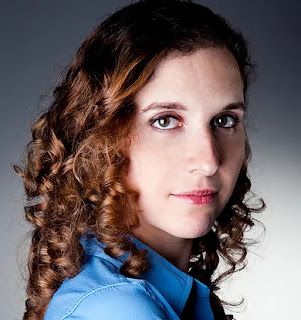 Leah Scheier is the author of the new young adult novel The Last Words We Said. Her other books include the YA novel Rules of Rain. She is also a pediatrician.

Q: What inspired you to write The Last Words We Said, and how did you create your cast of characters?

A: Every one of my novels has centered around a topic that really interested or excited me. For example, my first novel, Secret Letters, was born from my love of the Sherlock Holmes stories.

The idea for The Last Words We Said was first of all an exploration of grief and the terrible limbo that the families of missing persons experience--that unbearable space between hope and despair.

I wondered how a teen would feel if the love of her life went missing. And worse--how she would deal with the loss if she felt responsible for what had happened.

Ellie's first story about Danny about their meeting on a rocky plane came to me as I was sending my then-13-year-old daughter on a plane by herself for the first time.

I was scared for her--what if there was turbulence? What if she had no one to turn to? So I comforted myself by imagining that perhaps she would meet someone kind who would distract her and make her laugh. Last Words began from that picture in my head.

As I began to write, Rae was the voice in my head that wouldn't shut up. She is, in many ways, my favorite character, because she is both unflinchingly honest and yet also terribly kind. 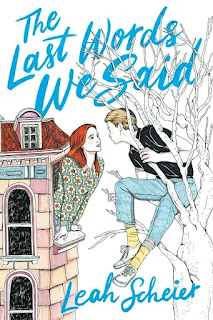 And Deenie was every girl I knew who had "frummed out" (become very religious) in high school. And Danny? Danny was the boy I wished I knew in high school.

Q: In an interview with We Need Diverse Books, you said, "All the characters in The Last Words We Said have their own version of Modern Orthodoxy and I think that was important to show, but it was one of my biggest challenges." Why was that?

A: This is my fourth published novel but the first one in which I write about my own community--about Modern Orthodox Jews.

I was nervous about setting it in my own world--because I believe that first and foremost, an author must be objective. It shouldn't be obvious to the reader what the author's political or religious opinions are.

I needed to make sure that each character was presented without judgment and that I didn't inadvertently endorse a particular perspective.

I was so pleased to discover that as the characters began to speak to me I understood and related to all of them--and loved them all. As I recognized the commonalities they all shared, personal bias disappeared and I had no trouble loving each voice.

A: Yes. I want to avoid spoilers but I will say that the ending never changed. Along the way there were defining moments and relationships that were reshaped and edited. But the story arc was always heading toward the same ending.

A: Modern Orthodox Jews are rarely portrayed in media, and so far, never in traditionally published YA. The end result is that most people imagine that religious Jews belong to the extreme sects portrayed in shows like Unorthodox (Netflix).

Those kinds of stories emphasize the repressive nature of some religious communities and portray women who are dying to break away.

People don't realize that many observant Jews engage with the world, while still practicing their religion. Because Modern Orthodox Jews don't stand out, because they don't represent an extreme, their stories are ignored.

I hope readers of all faiths, both religious and non-religious, realize that we actually have so much in common, and that these shared stories can unite us.

A: Mostly on marketing this book!

I have an unpublished MS that still needs a total overhaul, but I have put that aside while I work on getting the word out about Last Words.

A: The song "Last Words," which Deenie sings in the book, was actually written for this novel! I commissioned singer/songwriter Avaya to write a song that Deenie would love. You can listen to it at Avaya - Last Words (Official Audio) - YouTube

I hope you enjoy!