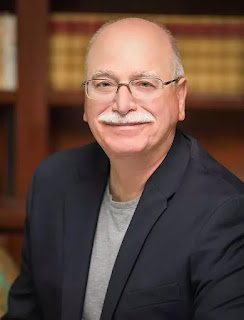 D.A. Mucci is the author of the new young adult novel Ignatius and the Swords of Nostaw. He is also an emergency room physician.

Q: What inspired you to write Ignatius and the Swords of Nostaw?

A: The inspiration behind Ignatius and The Swords of Nostaw came from many aspects of life both past and present for me. In the past my wife and family have been graced with the ability to travel.

We wanted to expose our children to all aspects of life. One of these aspects was centered around traveling to less developed countries and immersing us as a family in the local culture and society.

This we felt would give our children a grounding for giving as they witnessed cultures less fortunate than ours and less developed.

I started to think about how much easier it was for someone from an underdeveloped country to adapt to a more developed country. And how would someone, specifically a teenager from a highly developed, technologically advanced country, adapt if placed far below the levels of their current lifestyle.

Thus Iggy (Ignatius) was born. He is a 15-year-old from modern times who finds himself back in medieval times. Not only does he have to adapt to his new environment, but he must hide his knowledge of technology.

He doesn’t want to be labeled a dark wizard and be burnt at the stake or some other likewise fate. All the while trying to find how to get home to modern times.

As the story came together during the pandemic, I was inspired by the diverse heroes supporting the community. In the hospital the ER staff did not quit in droves, they stood strong as a team tackling the new force we were faced with. 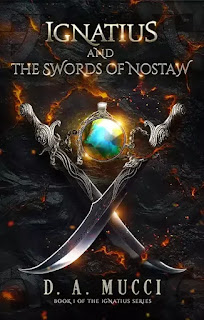 Not just the healthcare workers, the custodial team, engineering team, I could go on and on. The community stepped up to help support as donating PPE masks from so many diverse retail locations like the local tattoo parlors.

This set of circumstances inspired the plot I had conceived to now have a diverse set of strong characters that helped Iggy in his quest.

Q: How did you create the world in which the book takes place?

A: When we think of medieval times we usually think of the area known as the United Kingdom. I started researching areas in this region.

I landed on the Isle of Skye just off the west coast of Scotland. It is a small but wonderfully diverse landscape. Its history is steeped in folklore, legends and myths.

The more I dove into the isle’s history the more material I found I could use that gave my novel a very realistic point of view and appeal.

A: I had the ending pretty much decided…until I started writing the story. I thought I had decided the ending of this story, and the next four books, and then the plot diverged for me as the story formed.

The character journeys and direction have changed multiple times as I delved into my writing process and imagine where it all can go. New ideas developed along the way that has a direct bearing on Iggy and his companions and adversaries.

A: It is a simple powerful message: never let anyone define who you are, what you can do, what you can learn, master, or accomplish in your life. Each individual has the opportunity and power to create their own destiny.

A: I am working on Book 2 of the Ignatius Series. Writing often and as much as I can so I can share Iggy’s next adventure to readers who are asking to know what happens next.

A: Life is short. If you want to do something, just do it. As a 67-year-old I am writing a YA lit series. Age should not determine what you can and can’t do. As the cliché says, “Just do it.”