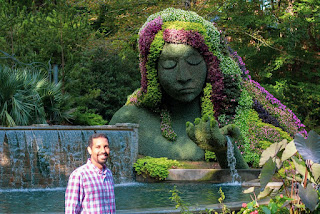 C.J. Washington is the author of the new novel The Intangible. Also a data scientist, he lives in Atlanta, Georgia.

Q: The Intangible was inspired by a story your father shared with you. Can you say more about that?

A: Some years ago, my father told me about a case he’d witnessed during his OBGYN residency. The patient presented with all the outward signs of pregnancy, and she believed herself to be pregnant, but an ultrasound revealed no fetus. When placed under general anesthesia, her belly flattened, and as she recovered from the anesthetic, her belly distended again.

That detail captured my imagination. What could cause such a condition? How does it work? Scientists have ideas, but no one really knows. I asked my father what happened to the patient he’d observed, but he couldn’t tell me. She was referred to psychiatry, and he never saw her again.

I like to think Amanda was born on that day. I knew I wanted to write a novel about her, but it would take some years for the other pieces to come together. It gave me a long time to get to know her.

Q: The writer Julia Heaberlin said of the novel, “C.J. Washington creates highly intriguing portraits of two grieving women.” Can you say more about how you created your character Amanda, and also your character Marissa?

A: That was extremely flattering, especially coming from Julia Heaberlin because, even though she writes these great plots, it’s her distinctive characters that leave me thinking about her books long after I’ve finished them.

As I mentioned, Amanda was born out of the conversation with my father. I made her a data scientist because I wanted to explore what happens when a person who is trained to rely on evidence and data has physical symptoms and emotions that won’t allow her to fully trust the objectivity of an ultrasound.

Marissa came to me after I attended a young boy’s funeral. As I offered condolences to his parents, I wondered how they could accept the reality of their son’s death. Not only how could they deal with it, but how could they bring themselves to believe he was gone. 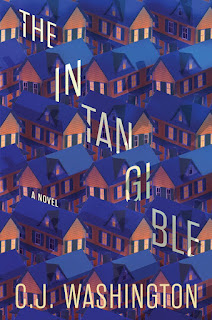 Marissa was a character who wouldn’t or couldn’t accept the harsh nature of reality. I made her a mathematician to provide a tool for her rebellion.

A: For as long as I’ve wanted to write this novel, there was only one title for me: Phantom Pregnancy. A slam dunk, right? Brief, descriptive, unusual, I expected everyone to love it.

Plus, the liberator from bad titles pointed out, my book had evolved to be about much more than phantom pregnancy.

I wanted a title that captured the mystery of Amanda’s illness, as well as the inexplicable nature of what Marissa was searching for and the psychological processes driving her pursuit. Ultimately, it’s the intangible nature of these enigmas that make them so challenging to understand.

A: I spent a lot of time thinking about the characters and really getting to know them before I started writing, but I had little idea of how it would end. I didn’t have an outline.

I set out to explore how the characters got where they were, how they grappled with their challenges, and how those struggles changed them and their relationships with each other, particularly the two marriages. I knew it had to end somewhere, and I tried to resolve everything as honestly as possible.

A: I’m working on a novel that revolves around a murder. A chain of events is triggered when a killer-for-hire with terminal cancer decides to confess his crimes to authorities. The story is about him and two women whose lives are altered by his revelations.

A: I’ve probably said more here than you want to know, but I’d like to thank you for the interview!