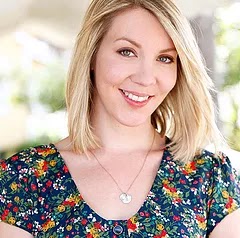 Sophia Gholz's books include the children's picture books The Boy Who Grew a Forest: The True Story of Jadav Payeng and Jack Horner, Dinosaur Hunter!. She lives in Florida.

Q: How did you learn about Jadav Payeng, and how did you research his life?

A: I first learned about Jadav Payeng when I watched a short documentary film featured on National Geographic. I was fascinated from the start and had to learn more.

As I began researching his story through every avenue that I could find, I felt incredibly inspired by Jadav’s mission and hoped that others would feel the same.

Q: What inspired you to write about dinosaur expert Jack Horner?

A: I actually came across a couple of quotes by Jack Horner as I was researching another book topic. 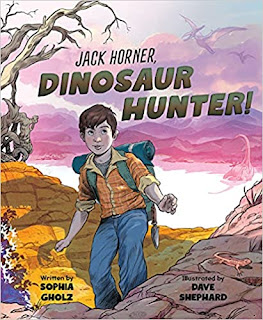 When I began looking into Jack's career and background, I was amazed at his story. Jack had a big dream, but struggled to achieve it in part due to severe dyslexia. His story isn't straightforward, and I think many people can relate to that.

I was diagnosed with debilitating OCD as a young teen. Much like Jack, I struggled in high school and felt like a failure and outsider in many ways as a result. It took special schooling and a long and winding road for me to end up here.

I think it’s really important to show kids that there are many paths in life and that’s okay.

Q: What do you think the illustrations--by Kayla Harren and Dave Shephard respectively--add to the books?

A: Oh my goodness, I cannot speak highly enough of the amazingly talented illustrators that I've been lucky to work with.

Kayla so beautifully brought Jadav Payeng and his magnificent forest to life. Her subtle colors and nuances were truly the best match for Jadav’s story.

And Dave Shephard was the perfect artist to help tell Jack's story. His style brims with excitement and vibrance that so nicely compliments the epic movie mood and feel for this book. 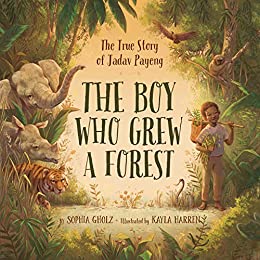 Both Kayla’s and Dave’s illustrations speak volumes even without my words.

Q: What do you hope kids take away from the stories of Jadav Payeng and Jack Horner?

A: I hope that kids can see themselves and find inspiration in both books.

Jadav’s story really showcases the power of one--that each of us has the ability to change the world and no action is too small.

Jack’s story, at its heart, is about tenacity, drive, and ambition. It shows young readers that differences don’t have to hold us back. We all have our own path to forge in life.

A: So many things! I’ve always got multiple projects in the works at once. Right now I’m working on two manuscripts that may potentially be companions to a couple of my upcoming books.

While I love nonfiction, I’m also really diving into a few fiction projects that I’ve had on the back burner for a while.