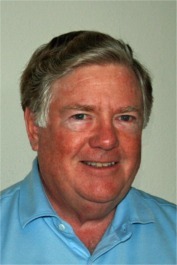 Sandy Graham is the author of the new novel You Speak for Me Now. His other books include The Pizza Dough King.

Q: What inspired you to write You Speak for Me Now?

A: Two unrelated factors. I’ve had an interest in introvert and extrovert behaviors and how they relate to one another. And back in 2015 I had a growing concern about where American politics was headed.

That year I published a novel, Ickee Mushta, which dealt mainly with my new novel’s main characters’ youth, yet quite accurately forecasted what transpired in the 2016 election. Events proceeded in a way that made the book obsolete, so I withdrew it from the market.

You Speak for Me Now begins with a condensed version of that book and carries the story forward in a fashion that I hope has a lasting value.

Q: How did you create your characters John and Emma, and how would you describe the dynamic between them?

A: I wanted to illustrate how extroverts and introverts behave and interrelate.

John became the extrovert and was given the talents to emphasize that. Emma was to be the dominant character in the story so she was to overcome as many obstacles as I could dream up through the strength of her character. She also fits in with my belief that the survival of humanity ultimately requires female leadership (not the easiest thing for a man to admit). 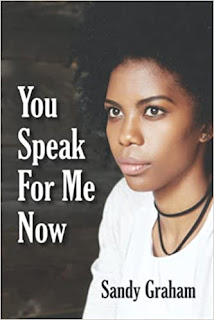 The dynamic between John and Emma can’t adequately be encapsulated in a sentence so I prefer to let the book answer that.

Q: What do you think the book says about today's political divisions, and what do you see looking ahead?

A: The book deals extensively with the forces dividing America, including economic inequality, democracy versus authoritarianism, takeover of the Republican Party, and the right-wing propaganda machine. It shows how far we’ve departed from the liberal/conservative political climate in the 1945-2005 era.

The view ahead is frankly dismal. We no longer have a democratic process in which the government reflects the will of the people and there is no evidence of any movement to soften the partisanship.

A: Soon after their lives intersected, John voluntarily learned sign language and took on the role of speaking for Emma in school. In order to avoid a spoiler, let me just say the book makes the title clear.

A: The ancestry on my mother’s side has been traced back to an elopement of a captain in the British Army occupying New York City during the American Revolution and the daughter of a sergeant in the Revolutionary Army.

I’m writing an historical fiction novel around what information is available from extensive research done by a distant relative.

A: Perhaps a little elaboration on the book’s evolution. After withdrawing Ickee Mushta, I struggled with the problem of trying to adapt to the rapidly changing political climate.

For a short time, I tried posting a serial story, a chapter a week. When the readership failed to grow, I gave up on that and wrote a version of the current novel which was highly critical of the Trump administration.

That proved a poor solution in 2020 and I became determined to write the novel in terms of societal issues and as much as possible keep it free of actual political events and personalities.