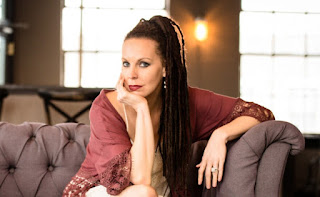 Seraphina Nova Glass is the author of the new novel Such a Good Wife. Her other books include Someone's Listening. She is a professor and playwright in ressidence at the University of Texas, Arlington.

Q: What inspired you to write Such a Good Wife?

A: This is always a hard question to answer. I can’t say I know where ideas or inspiration come from. Everywhere, I suppose, but it’s never spontaneous.

I think a lot about plot, and I spend long, arduous stretches of time wondering about the snowball effect of an action a character might take and how it would cause a ripple effect and move the story forward.

I ask myself a lot of “what if” questions, and the answers to those questions (usually) slowly form into the semblance of story idea.

If this sounds vague it’s because it is. It’s a lot of chipping away at an amorphous blob of an idea and hoping it morphs into something interesting.

Q: The Publishers Weekly review says, “The pleasure of this book comes from seeing Melanie morph from mildly depressed suburban housewife into a woman who’s unafraid of fighting fire with fire.” How did you create your character Mel? 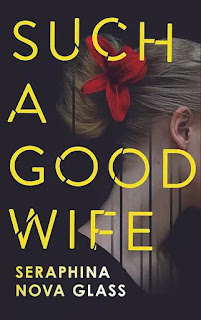 A: Part of my love for domestic thrillers comes from the easy relatability of an everyday character. I enjoy throwing rocks at the characters and forcing them to dodge them.

Mel’s descent into a world of deceit and infidelity was a result of one bad choice and then the subsequent lies that were necessary to cover said bad choice.

This flawed, everyday character who can’t get out of their own way is my favorite kind to write. Some might call her “unlikable,” but I’m okay with that. It’s more important to me that she’s interesting and a bit of a badass.

A: I am not a writer who figures it out as I go. I admire the talent for doing so, but I am an outliner. For me planning it out top to bottom doesn’t take the excitement or exploration out of the writing process.

My outlines are filled out just enough so I know what needs to happen when, how it will end, and where the twists need to occur, but not so much that I lose the discovery of the characters and plot as I go.

Things change, characters surprise me, but I certainly have a solid blueprint before beginning, and I tend to start conceptualizing a story at the end and work back.

Q: The book is set in Louisiana--how important is setting to you in your writing?

A: I like to really think about the atmospheric element of a story and what impact it will have. My first book was set in a Chicago winter, and this one is set in the dripping Louisiana late summer heat.

Sprinkling in the sensory details of the setting helps me visualize the world of the story. I like to create a world I want to live in for a while I’m working on the book.

A: I’m thrilled to announce I just signed a deal for my fourth book. My third book, On a Quiet Street, comes out in May 2022, and the one I’m currently writing, tentatively titled The Vanishing Hour, is slated to release in summer 2023.