Hanna Halperin is the author of the new novel Something Wild. Her work has appeared in a variety of publications, including The Kenyon Review and New Ohio Review. She has taught fiction writing at GrubStreet in Boston, and has worked as a domestic violence counselor.

Q: What inspired you to write Something Wild, and how did you create the Bloom family?

A: Something Wild began as a short story that I wrote in 2015 about desire and violence and an intense female friendship. It was one of the strangest and scariest stories I’d written, and I could imagine it being much bigger.

The more I wrote the Bloom family, the more complicated they all began to feel—not just each of them individually, but all of their different relationships with each other.

I started off with a clear picture of Nessa and Tanya, but as soon as I started writing scenes with their parents and their stepparents, I became interested in the whole family.

I think the way a family both evolves and stays stagnant over time is fascinating. I wanted the reader to feel that they knew who these women were as children and teenagers, and then as adults; that all the details somehow coalesced to create lives and people that felt real and intimate.

Q: You have worked as a domestic violence counselor. How did that affect your portrayal of your characters Lorraine and Jesse?

A: I’ve always been pretty attuned to power dynamics in relationships and like exploring that in my fiction.

My work as a domestic violence counselor taught me a lot about patterns in abusive relationships, and that emotional and psychological abuse can be just as destructive as physical abuse.

Being so close to trauma and hearing accounts of physical and emotional violence affected me. My experience doing this work helped me a lot to write Jesse’s escalation of violence, his manipulation, and how quick he is to play the victim.

Q: In a Washington Post review of the book, Bethanne Patrick writes, “Rarely has an author taken the time and demonstrated such honesty with the complexity of girls’ desire and how they act on it, how it can sour the sweetest relationship.” What do you think of that assessment, and how would you describe the relationship between Nessa and Tanya? 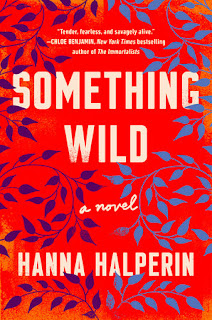 A: I was very moved by this assessment. To me, this story is so much about these girls’ desire to be loved and wanted.

It’s also about female sexuality. Particularly, that time in life when girls are starting to form their sexual identities, though perhaps before they start having sex. There is something beautiful and wild about that time of life.

For Nessa and Tanya, it culminates in a terrifying, violent experience, where their relationship is tested in a very painful way.

Nessa and Tanya’s relationship is at the heart of this book. Some people have described their adult relationship as estranged. I don’t really see it that way—although there is a lot unsaid between them, and there’s also shame and anger. But I think they love one another just as much as they did as girls, and they would do anything for each other.

I think these contradictions in their relationship are part of what makes it painful for them. It would be much simpler if they could just write each other off.

Q: In a discussion with the Boston.com Book Club, you said you started writing the novel only from Nessa's perspective. What made you change to a multi-character perspective?

A: At the beginning, it was almost all Nessa, and then I started writing vignettes or chapters here and there from Tanya’s point of view. I didn’t think too much about it. I can’t remember if I started including Tanya as an exercise, or if it just felt right to have her voice come in every once in a while.

When my agent read a very early draft, she was interested in Tanya’s voice being more central. Once I was more deliberate about it, I found that Tanya’s were my favorite sections to write.

Writing from both sisters’ points of view opened up the novel for me, and I started writing in Lorraine’s point of view, too. It began to feel more like a portrait of a family—or more specifically, these three women.

A: I’m working on my second novel. It’s a portrait of a relationship and is about addiction, codependency, ambition, and love.

A: I recommend the book No Visible Bruises by Rachel Louise Snyder. It’s a haunting nonfiction book about intimate partner violence that I read while I was working on my novel.

It made me think more deeply about Lorraine’s sections. It also made me think about violence and masculinity in ways that I never had before.