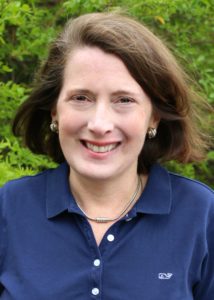 Libby Carty McNamee is the author of Dolley Madison and the War of 1812, a new middle grade historical novel for kids. She also has written Susanna's Midnight Ride. She lives in Richmond, Virginia.

Q: What inspired you to write Dolley Madison and the War of 1812?

A: As I was finishing up my first upper middle grade historical novel, Susanna's Midnight Ride: The Girl Who Won the Revolutionary War, I was convinced I'd never find another story that could captivate me as much.

Thankfully a friend asked me to attend a lecture on Dolley Madison given by the CEO of Montpelier at the Virginia Museum of History and Culture in Richmond. The rest is history, as they say. I was hooked!

Right away I was amazed to find out that Dolley and James are considered Washington's First "Power Couple." Then I was even more enthralled to find out this feisty Quaker woman kept a Tunisian sword under her bed for protection as the British Army advanced upon Washington City.

The best, though, was learning about her brilliant "parlor politics." I had no idea how politically savvy she was. She was a such a trailblazer for women, and she accomplished it all with the magic of kindness to everyone. Before the talk had even ended, I was already curious to find out more about her. And the more I learned, my fascination grew.

I'll be honest with you. Although I was enamored with Dolley, I initially thought researching the War of 1812 would be dreadfully boring.

However, I was in the for the surprise of my life! The War of 1812 is so fascinating on many levels. It doesn't get more exciting than the burning of Washington City, the Battle of Baltimore, and the Miracle of New Orleans! Now I'm now amazed that we don't learn more about it in school because it was such a crucial time in our nation's history.

Q: What would you say are some of the most common perceptions and misconceptions about Dolley?

A: I think the most common misconception is that Dolley was simply an excellent hostess and a socialite. Oh, she was that indeed, but also SO much more! 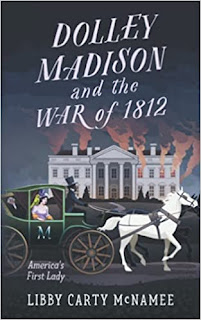 Her remarkable hospitality and kindness were tools in her “charm offensive” to unify the country and create a national identity, all while promoting President Madison's agenda within the Democratic-Republican Party. She was truly her introverted husband's most valuable asset on so many levels.

Q: How did you research the book, and can you say more about any surprises you learned about?

A: I read lots and lots of books about Dolley and James Madison as well as the War of 1812. As always, I started off with children's books, even picture books, to learn the fundamental history and then built from there. Now I've got several shelves of adult books on the subject.

I was absolutely shocked by the fledgling state of Washington City at that time. It was truly a tiny depressing village in a swamp with piles of bricks, rocks, and wood everywhere. No wonder they called it “Wilderness City” and commented on the “streets with no buildings and buildings with no streets.”

It's hard to fathom that reality given the congestion and gridlock that we encounter there today.

A: In these politically divisive times, I hope this book gives readers hope for our future!

The War of 1812 was the most contentious era in our nation's history, even more than Vietnam. Never has a vote to go to war been so close! However, we made it through that and became much stronger, forging a national identity that made us a major player on the world stage.

I also hope that readers appreciate the power of Dolley's unfailing kindness to everyone she encountered. As a result, she became our country's most beloved First Lady.

In fact, President Zachary Taylor coined that very term at her funeral, describing her as “the First Lady of the Land for half a century.” So Dolley is technically our first First Lady.

A: My third book will be about Elizabeth Van Lew, General Grant's most valuable spy during the Civil War. Right now I am learning about this gutsy heroine who helped shape another tumultuous era in American history.

She was an aristocratic lady who lived in Richmond, Virginia, and organized a spy ring called the "Richmond Underground." In addition to caring for wounded Union soldiers, she aided prisoners in escape attempts, even hiding them in her mansion and getting them passage to safe houses.

Recently captured prisoners gave Van Lew information on Confederate troop levels and movements, which she passed on to Union commanders.

A: I love making school author visits, joining book clubs, as well as speaking to historical societies, museums, DAR groups, and retirement homes. And I'm so grateful for this lovely interview! Thank you so much, Deborah!