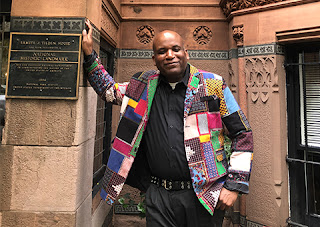 Kwame Ivery is the author of the new young adult novel The Problem with the Other Side. He is also a high school English teacher.

Q: You've noted that The Problem with the Other Side was inspired in part by the friendship between Chelsea Clinton and Ivanka Trump during the 2016 election season. Could you say more about that, and about how you created your characters Uly and Sallie?

A: I was intrigued by the fact that Chelsea and Ivanka somehow remained friends throughout their parents’ antagonistic campaign against each other, and I wanted to write a novel which dealt with a similar dynamic; I wanted to examine how difficult it can be to maintain a friendship when the people close to you are dueling.

At first, the story was going to be about a friendship between two girls that gets disrupted, but as I brainstormed, I decided to raise the stakes and make it a romance between two people of different races.

Also, the 2016 election’s results left me with some questions about race relations that I wanted my book to, if not answer, at least address.

It had been about 20 years since I’d written a story that dealt with racial issues and I figured it was high time to tackle the subject again, in the only way it should be tackled: unflinchingly.

Q: The Kirkus Review of the book says, “With excellent pacing, Ivery explores the impact White supremacy and patriarchal norms have on our lives and the dangers of not holding people accountable.” It calls the book “A timely exploration of the state of American politics.” What do you think of those descriptions?

A: Regarding the first description (“the impact White supremacy and patriarchal norms have on our lives"): I agree with that assessment. My book shows the damage that both racism and sexism can inflict. A reader might say that my novel should’ve focused on one, not the other, but when there’s one, usually the other isn’t too far away. 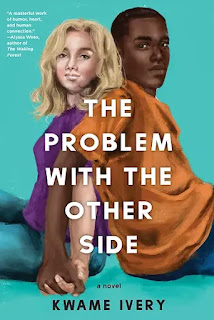 Regarding Kirkus’s second description (“the dangers of not holding people accountable”): I agree with that too. A racist, sexist student in my story utters two ugly, nasty insults--one related to race, and the other related to gender--and his only punishment is a single day in detention. Maybe if that student had been given a more impactful punishment, the story’s horrific climactic event might not have occurred.

Regarding Kirkus’s comment that my book is a “timely exploration of American politics”: I concur. While that’s not the only thing my story is, part of it definitely is.

A: I knew very early on that my novel was going to end the way it does. In fact, it was part of the design from Day One.

Frankly, a part of me hesitated about the ugliness of the story’s climax; I even said to myself, “Hmm, that might be a bit TOO disturbing; maybe you should tone it down?”

But you know what else is too disturbing? This world we’re living in right now, and I just wanted my book to hold up a mirror and reflect the truth, in all its ugly inconvenience. Toning Down isn’t the answer when you want readers to really, really hear (as well as see).

A: I hope my story reminds readers that we’re ultimately more alike than different. I also hope my novel motivates people (especially young readers) to vote.

And it would be great if my story instills in each reader the will to correct the people in their lives who say racist, sexist, homophobic, transphobic, and/or antisemitic things...and to abandon them when the correcting doesn’t work

A: A futuristic YA rom-com. I’m very excited about it.

A: Well, these aren’t things you necessarily SHOULD know, but I prefer to drink water that’s warm instead of cold, I prefer my ice cream 95 percent melted, I’ve never understood the entertainment value of zombies, and I’m willing to bet money that, if Shakespeare were around today, his Twitter handle would be either “HamLIT, Yo!” or “Merchant Of Grimace.”