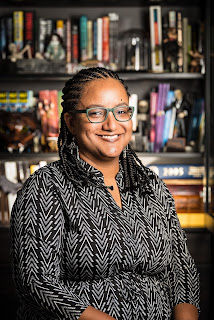 M.J. Fievre is the author of the new young adult book Resilient Black Girl: 52 Weeks of Anti-Racist Activities for Black Joy and Resilience. Her other books include the new children's picture book A Cat Named Sam. Born in Haiti, she lives in Miami.

Q: Resilient Black Girl is the third in your Badass Black Girl series. What inspired this third book?

A: The first two books in the series did so well, it was time for a third volume.

I wanted this new book to be a little bit different than the first two books, though, and to require some engagement and activity on the part of my readers. Resilient Black Girl is a book of anti-racist and self-affirming activities, so readers must really dig in deep to make full use of it.

I also wanted to take on the notion that by nature Black women and Black girls are resilient. I don’t think that’s something that necessarily comes naturally; plenty of Black girls and young women crack under the pressure of racism. So I wanted to teach resilience to my readers, and make them stronger as individuals and members of the community. 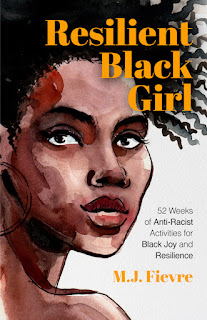 Q: How have readers responded to the series so far?

A: I’ve had a great response to the books. I get a lot of DMs and emails from readers who tell me how much they appreciate the series.

Surprisingly, I also hear from their parents thanking me for writing the books, and I’ve done virtual speaking engagements where my readers show up and ask pointed questions. It’s been an overall positive experience.

Q: You also have a new children's picture book, A Cat Named Sam. How did you come up with the idea for the book?

A: A Cat Named Sam started out as a game I was playing with my husband on a long drive. We imagined a whimsical cat having a very bad Christmas eve. We wrote lines back and forth, taking turns with it. By the end of the drive, we had a book—and a lovable Sam. We edited the text and illustrated it, and got it ready for publication.

Q: Thomas B. Logan, your husband, illustrated the book. How did the two of you collaborate on the project? 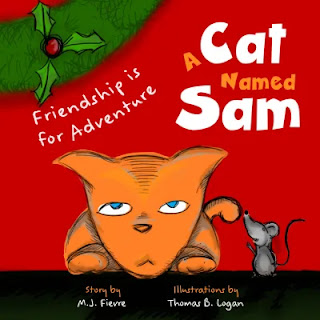 A: Thomas is easy to work with, and he’s a talented artist. I wrote and edited most of the text (though he helped with the first draft when we were driving in the car). And he took images that stood out from the book and illustrated them.

We worked together to make sure that the book was fun for kids to read and had some educational content.

A: Right after Badass Black Girl came out, I started getting requests from parents for a similar book for their sons, so I’m working on a book for young Black men and teens that’s similar to the message in Badass Black Girl.

A: I have a vlog, a blog, and a literary journal that publish regularly. You can check them out at badassblackgirl.com.