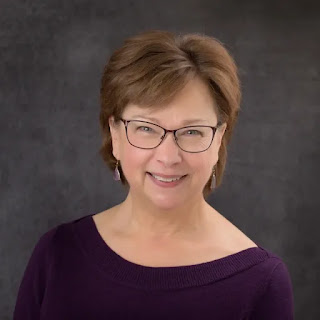 Beth Anderson is the author of the new children's picture book Tad Lincoln's Restless Wriggle. Her other books include Lizzie Demands a Seat. She was a teacher for more than 20 years, and she lives in Colorado.

Q: Why did you decide to focus on Abraham Lincoln's son Tad in your new children’s picture book?

A: Thanks so much, Deborah, for having me back!

When I saw an article about Tad Lincoln being responsible for the first presidential turkey pardon, I was immediately drawn to investigate because it was a child who asked for mercy for the bird.

It was a fun little story, but it seemed a bit shallow until I dug in enough to find the relationship between Tad and his father, Abraham Lincoln. When I looked at all there was that led up to that act, I found an incredible story of father and son and realized that the turkey pardon was only one scene in a larger story that grabbed my heart.

Q: How would you describe the relationship between Tad and his father?

A: It was a relationship with many levels.

On the surface, Tad’s antics brought pure joy to his father at a time when Abraham Lincoln desperately needed Tad’s sunshine. They shared a love of animals, a tremendous sense of humor, a need to “play.” They had a “code” which was Tad’s special knock on the door, and his father promised to always honor the code and never turn him away.

On the serious side, they shared the deep sadness after the death of Willie, Tad’s brother, and both knew too well the pain of being ridiculed.

While Abe was called homely and degraded for being unsophisticated and having no formal education, Tad was teased by kids as a stutterer and labeled wild, spoiled, and unintelligent.

I originally shaped the story of a patient, guiding father and a frustrated, good-hearted son. But when I discovered research about Tad’s partial cleft palate, impaired speech, and likely language-based learning disabilities, I understood him at a deeper level, less of a rascal and more as a complex human being.

My agent suggested making Tad’s challenges a larger part of the story and framing the telling around him as a “differently-abled learner.” When I did that, Tad’s wisdom came through, his good intentions became stronger, and the conflict he faced with the people around him who expected “appropriate President’s House” behavior grew more purposeful. 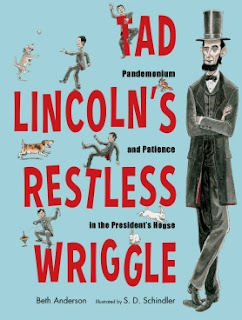 Lincoln, who also was experiencing the disapproval of many who thought he wasn’t up to the job of leading the country through crisis, understood Tad as no one else did. And even though his workload was overwhelming, the President found ways to guide Tad and help him shine.

It was fascinating to see Abe Lincoln as loving father and how they each fulfilled the other’s greatest need.

Q: What kind of research did you do for the book, and did you learn anything especially surprising?

A: Well, I started with the turkey pardon, and then just followed the trail to find whatever I could about Tad and Abe’s relationship and activities. Once I saw how the events played out, 1863 seemed to be a significant year—a year that revealed transformation in Tad’s behavior.

As I mentioned above, the key to digging deeper was framing the story around Tad as a “differently-abled learner.” Both surprising and fortunate was the discovery of extensive research that examined photographs of Tad along with reported speech production and pronunciation, his need for specially prepared food, and his learning difficulties.

Beyond the Lincoln family, I also did a lot of research on the White House, then called the President’s House, to get the lay of the land and allow me to “see” Tad in that setting—where he would run, where the president’s office was, the kitchen, and such.

I looked at maps of the grounds and Washington, D.C., to locate the War Department, hospitals, Tad’s errand destinations, and other locations mentioned in the research. Maps and floor plans always help me get my head into the story and really see it in action.

I dug out information on the staff, too, as they are an integral part of the story, and we’d have to portray them appropriately. I read books and articles by members of the president’s staff and President’s House staff in search of first-hand accounts of Tad and the impressions of others.

A: I hope kids will laugh, enjoy Tad’s creativity, and appreciate his compassionate heart. I hope they get a glimpse into the history, the tender father-son relationship, and discover another side of one of our most famous presidents.

But most of all, I hope kids will understand that there is so much more to a person beneath the surface and with that, recognize their own goodness, as well as that of others, and all they have to offer those around them.

A: As I write this, I’m at various points with books underway. 2022 releases are in final stages. I’m excited to get into the illustration process with a 2023 release.

And...I just sent off a new manuscript and hope to get started working on that with an editor very soon. It just happens to be another Lincoln story. As a child who grew up in the “Land of Lincoln,” I think the fascination with Abraham Lincoln has stuck with me.

With that story off my desk for a while, it’s time to start something new…I have a couple stories I’ve started to research and one “in the drawer” that might be ready for a revision attempt. Which pile shall get priority? My lips are sealed… Stay tuned!

A: Thanks for the opportunity to share a little about Tad Lincoln’s Restless Wriggle. After the past year, I think we all have a restless wriggle that aches to run free!

You can see the book trailer HERE. Please  visit bethandersonwriter.com for more information on the book and to download the Educator’s Guide. Signed copies of all my books are available at Old Firehouse Books.