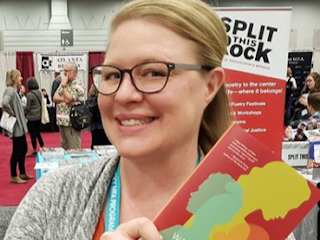 Wendy J. Fox is the author of the new story collection What If We Were Somewhere Else. Her other books include the novel If the Ice Had Held. She lives in Denver.

A: I wrote the first story that would become part of this collection in 2015, and I turned in the manuscript in January of 2020. Over that five year period, the concept of it as a book of linked stories emerged.

The experience of writing stories that are connected but still stand alone was different than anything I had done before. It is definitely a collection of stories—not a novel, and not a novel-in-stories—but intentionally writing it with that linkage had me thinking about form in a different way.

It’s not a long book, so in that five-year period, it’s not like I was working on it every day. However, I did live through five years of my own life, so as I added new stories and revisited the earlier ones, I had different context for the characters and how they might change. And also, how they might (hopefully!) grow.

A: The characters are all people who at one point worked at the same company, an undefined corporation that experiences a major downsizing.

This setting has some roots in my own experiences as a dayjobber in the tech sector, and the ordering of the stories roughly follows a before/after pattern of before getting terminated, and after becoming unemployed.

The first half of the book, the before section, is largely in the order that I wrote the stories, and the after section goes in the same order as those characters.

Q: In our previous Q&A, you said choosing a book’s title was difficult for you. How did you choose this one, and what does it signify for you?

A: Titles are super hard! This book was called “Office Stories” for most of its life. My contract for it even says “Office Stories” though of course the publisher was very clear that this would not be the title.

Many collections are titled from one of the stories contained within—my first collection, The Seven Stages of Anger, was like that. 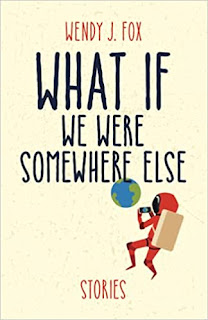 However, the book that become What If We Were Somewhere Else didn’t really seem like it had a “title” story, so I went with a theme that runs throughout, this feeling of, wow, what could we be doing with our lives if we were not sitting at this desk right now?

I think anyone who has worked any kind of job, corporate or not, has wondered that.

Q: Can you say more about the themes you see running through the collection, and what you hope readers take away from the book?

A: In addition to the title theme of what if, we were, in fact, somewhere else, largely what punctuates the book is the question of how to understand what happens when that new or different place happens. We don’t always get to control how it goes.

The people in the collection are trying to make their way through job loss, disintegrating relationships, or new love, and understanding how they fit into their own families.

What I hope readers take away from the book is the conflicting senses of the changeable nature of our identities and also the static therein.

I grew up in a very small town in rural Washington state, and there was a long time that I never wanted to visit because I felt like the narrative of who I was hadn’t moved for the people who were still there, even though I felt like I was a very different person.

It took me a long time to understand that both things can be true—you can get what you want, be happy about it, and still feel strange about how it plays out.

A: Right now, and for what feels like a very long time, I have been working on a new novel. I’m a little superstitious about talking about what I’m working on, but I do hope to have it in good shape by the end of the year. Fingers crossed!

A: I love to garden because it feels so much like writing.

Planting and nurturing the seed is a tired metaphor to be sure, but one thing I am famous for as a gardener is being really bad at labeling. So, I get chard popping up where I thought I put lettuce, or wondering what color the nasturtiums will bloom because I didn’t mark it down.

I like that though, because what isn’t tiring is a sense of surprise. Just like in writing, there is the experience of having done something by your own hand, but still not knowing exactly what it will be.